In a first, scientists have created a global distribution map for bees, analysing nearly 6 million public records of where individual species have appeared around the world.

The project, published in the journal Cell Biology, found that bee diversity is higher in the Northern Hemisphere than in the Southern, and that bees prefer temperate regions over the tropics. These findings are contrary to most plant and animal distribution, where diversity tends to be highest in the tropics and diminishes toward the poles. 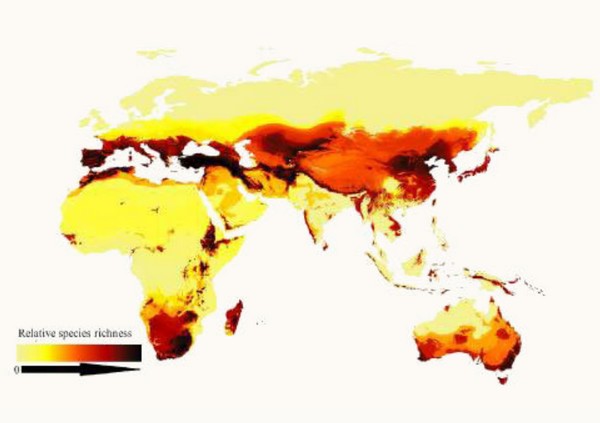 Senior author John Ascher, a biologist at the National University of Singapore, said in a statement: “The United States has by far the most species of bees, but there are also vast areas of the African continent and the Middle East which have high levels of undiscovered diversity, more than in tropical areas.”

According to e360.yale.edu, Ascher and his colleagues examined data for more than 20,000 bee species. The researchers found that in addition to preferring temperate areas, bees favor arid desert environments over forests, likely because trees provide fewer sources of food for bees than low-lying plants and flowers, such as desert superblooms.

The scientists say the new map provides an important baseline and clues to bees’ habits that can be used to help protect various bee species, as well as boost food security.