For the first quarter of the July 2020 – July 2021 marketing year, US potato imports were up by a total of 19%. There was a 28% increase in fresh potato imports from Canada, which were mainly for the retail market on the US East Coast. There was also a 20% increase in imports of frozen potatoes, which were also mostly from Canada, though the imports of frozen potatoes from Europe also rose. 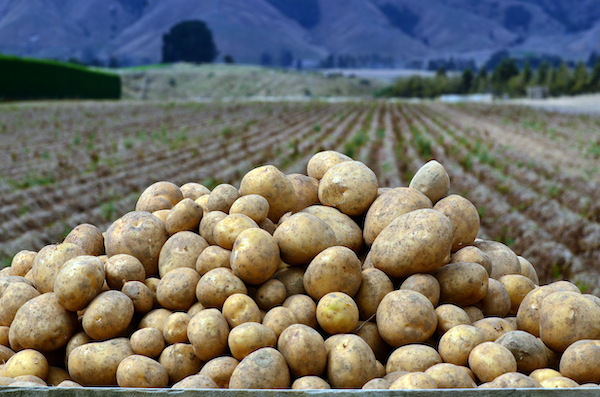 Demand bounced back quicker than expected
At the start of the pandemic, due to the closure of foodservice operators throughout the world, the demand for both fresh and processed potatoes fell significantly. “There was a lot of uncertainty in the sector when the pandemic first broke out, especially for the processed side. When the restrictions were put in place, both foodservice sales and exports dropped precipitously, so the processors were forced to cut back on their processing because product was stacking up in their warehouses. Demand turned back around more quickly than they had anticipated, so that created a real challenge within the supply chain for the frozen product,” John Toaspern, Chief Marketing Officer of Potatoes USA shares.

While the demand quickly rose again and retail demand has been higher than usual for months, this hasn’t fully made up for the decreased demand from foodservice. “Throughout the summer, fresh sales at retail were up about 20%, so US demand did take off and stayed very strong. Still, the retail demand hasn’t made up for foodservice. The foodservice industry just uses a higher volume of product per person fed than consumers do at home because the serving sizes at home are smaller. So, there was an imbalance there for a while, but it is settling out now,” Toaspern explains.


Increasing imports from Europe
While Canada accounts of 90% of all frozen fry imports in the US, market shares is being gained by Belgium, the Netherlands and Germany. The imports of frozen potatoes from Canada increased 17% in the first quarter, while imports from Belgium were up 119%, the Netherlands was up 35% and Germany was up 110%. “The unit-value calculation shows that the Belgian frozen fries are significantly cheaper than the Canadian product, which is one of the reasons that the imports from there rose so significantly. The product is of lower quality too, so it’s usually destined for retail or low-end foodservice, and mostly going to the East Coast,” says Toaspern.

In addition to this, European demand for potatoes was down over the summer and this caused their exports to increase, according to Toaspern. “Many countries around the world actually put up barriers to the European product – such as Australia, South Africa, Colombia and Brazil – because the product was being dumped onto the world market,” Toaspern adds.

Symbiotic relationship between US and Canada
One of the reasons that the US imports from Canada have increased is that the Canadian potatoes benefit from the exchange rate differential and freight advantages. Toaspern says: “The shipping rates for moving the product down from eastern Canada through the eastern seaboard are lower than bringing it in from the Pacific Northwest, which is one of the main reasons for the increase in imports of fresh potatoes.”

The US potato imports from Canada were up, but this isn’t unusual, Toaspern shares. “A lot of the major processing companies have plants in both the US and in Canada, so there’s always a lot of movement between these two countries. The servicing of North America is much more north-to-south than it is east-to-west. It’s comparable to it being one big market,” he concludes.