Brazil: Fruit exports up 10.7% in first nine months of the year

Brazilian fruit exports saw a 10.7% increase during the first 9 months of 2020 in relation to the same period last year. 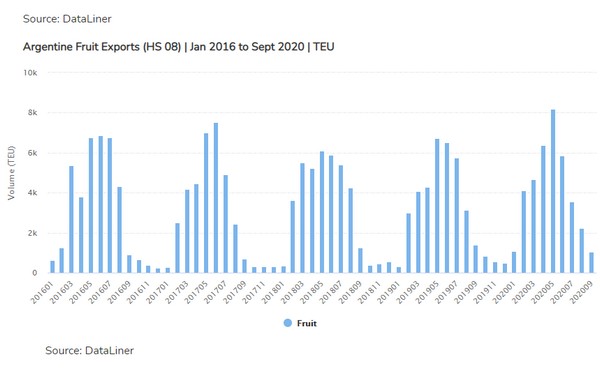 The Netherlands was the main destination for Brazilian fruit between January and September 2020, with a 9% growth in comparison with the same period in 2019. In second place is the United Kingdom, which increased its imports in 2020 by 14%. The biggest increase, however, is in the volume exported to Russia, which was 169% more than in 2019. This was followed by France, whose imports grew 145% over year-ago levels. On the opposite side, exports to Saudi Arabia fell 68% and exports to Ukraine fell 59% compared to 2019. 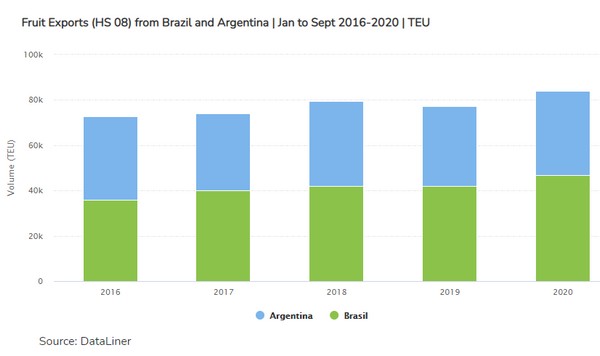 The ‘melon, watermelon, and papaya’ category was the busiest fruit category during the period, increasing by 16% in relation to January to September 2019. Brazil signed an agreement with China at the end of 2019 that permitted the export of melon to the Asian country. In return, the Chinese were able to sell pears to the Brazilian market. The acts were signed after the bilateral meeting of Presidents Jair Bolsonaro and Xi Jinping, within the XI BRICS Summit, in Brasilia. The melon export agreement is symbolic, as it is the first understanding with China regarding fruit.