South Africa's grape harvest is picking up steam in the Orange River region, where some cold stores are only receiving their first grapes of the season today in a season with a late start.

Intake figures show that last year almost 270,000 4.5kg cartons from the Orange River had already been inspected by week 46, while this year the intake was still zero at that point.

Last season the Orange River came close to 20 million cartons (4.5kg); it's not this year expected to significantly exceed that number. Over 80% of the cultivars from this area are white and red seedless grapes.

In South Africa's opening region around Groblersdal/Marble Hall producers are finishing up the Early Sweet harvest and moving on to Prime.

The crop estimate for this area is expected to exceed the 6,1 million 4.5kg cartons packed last year. There has been a lot of early summer rainfall in this area but growers are not fazed. All of their cultivation practices have evolved around harvesting in a summer rainfall area, but decay remains a risk that reduced the area's crop last season. 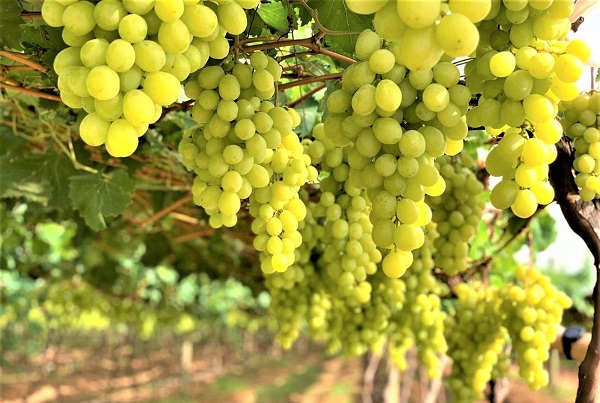 Some grape exporters are talking of a "superb" quality year.

Slow start: less than half the volume to EU+UK
Unlike previous years when South Africa had already shipped grapes to destinations in Asia, Russia and Canada by week 46, this year all of the grapes shipped thus far, have gone to the traditional markets of the UK and the EU (109,458 cartons versus 296,744 cartons last year by this point).

Grape producers in these early regions aim at getting their grapes to Europe before Christmas in order to optimize returns.

The South African Table Grape Industry has set a crop estimate of between 65 and 69,8 million 4.5kg cartons for this season which would represent an increase over the past three years.