Juan Mora, manager of Frutas Antonio: “It is the right time to start this adventure”

"We will start with 100,000 kilos of organic Asturian kiwifruit in our first year at Biomarket"

The inauguration in Barcelona of Biomarket, the first wholesale market devoted entirely to organic food in Spain, is just a few days away and the companies participating in this ambitious project are finalizing their preparations. One such firm is Grupo Frutas Antonio, which will have 3 stalls in this market, destined to become a national leader in the marketing and distribution of organic foods. 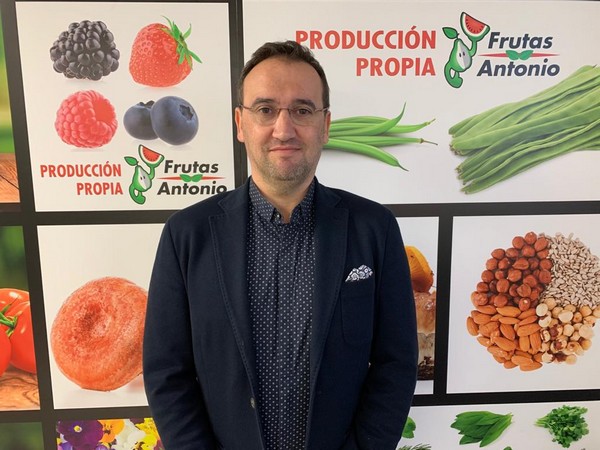 "20 years ago, Spain's organic fruit and vegetable sector was not mature enough," says Juan Mora, manager of the Catalan group. "At that time, I worked in the marketing of Spanish organic products in the United Kingdom, where I lived, while in Spain it was quite complex to produce and make farms profitable, because the market was not sufficiently developed, either in terms of production, or of consumption," he says. "However, now, with Mercabarna deciding to launch this specific market for organic products, we believe that it is the right time to start this adventure."

This sector is playing a key role in the European strategy "From Farm to Table", a cornerstone of the European Green Pact that promotes the transition to a healthier and more sustainable food system. The goal is for 25% of the EU's agricultural area to be devoted to organic farming by 2030. This strategy will strengthen a sector in which Spain is already a leader in terms of production on a European scale, but which still has great growth potential.

“We have suppliers across Spain that are already producing organic fruits and vegetables or are beginning to do so, in addition to growing conventional products. With the stalls that we'll have in this new market at Mercabarna, we want to help them by offering them a specific marketing channel for this type of products,” says Juan. “So far, they have been selling them in conventional markets without the proper treatment and controls required for organic products to avoid contamination or mixing up with conventional products. The Biomarket is a great opportunity to do things properly," says the manager of Frutas Antonio.

"Kiwifruit is showing itself to be a product with growing consumption"
Organic kiwifruit has been the product chosen by the company to start its new project. “We started with Asturian kiwifruit; a seasonal and local product that, in addition to being organic, is more sustainable, as it has a lower carbon footprint. This year we will have around 100,000 kilos. We have developed a new container for our product and we have everything ready to start marketing it," says Juan Mora. 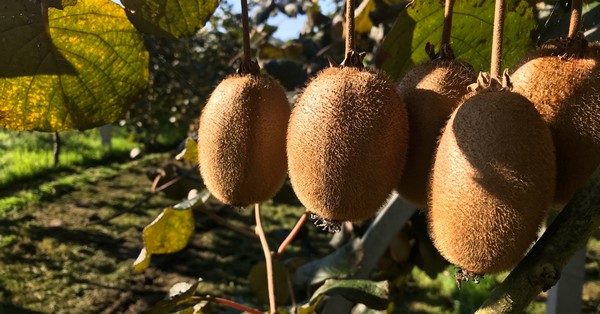 "Little by little we will be adding more products to our organic range, including the fruits and vegetables that we already produce, such as the vegetables from Almería or the stone fruit and citrus from Murcia," he says. "In fact, many suppliers of organic products from all over Spain have already contacted us to find out whether we can market their products, from bananas to oranges and mandarins from the Ebro Delta."

Frutas Antonio will allocate its organic kiwifruit to the gourmet segment and plans to export them to France, Germany and Italy. "We are also going to try selling them through the gourmet supermarket chains to which we already supply conventional products," he says.

The current health crisis caused by COVID-19 has inevitably had an impact on the market over the last eight months and also caused the delay in the launch of the Biomarket, whose inauguration was initially scheduled for the October.

“During the lockdown in spring, the consumption of fruits and vegetables, both conventional and organic, increased notably in Spain, but in this second wave, we are not seeing a repeat of that; rather the opposite. Consumption has slowed down,” says Juan. “However, kiwifruit is a rising product that is increasingly consumed, regardless of the collateral impact of the pandemic. The kiwifruit from Asturias is also a highly reputed product, with a good quality and very high Brix degrees. The climate and conditions in Asturias are very similar to those in New Zealand and make this product highly appreciated. In fact, in Spain, the acreage devoted to kiwifruit production is expanding, unlike what we are seeing with other products."

Despite the fact that the Biomarket is being launched in a period marked by the uncertainty of the pandemic, Juan Mora is optimistic. “As of Monday, the restrictions to the hotel industry will start to be lifted in Catalonia and there will be a bit more mobility. The problem is still real, but we see the future with a little more optimism,” he says.