"Support during integration is particularly important to me"

Until a few months ago, Patricia Hoffmann's everyday work involved telephone and email communication with suppliers and buyers of Central American sweet potatoes. Today - just a few months later - the ambitious entrepreneur from Wuppertal is involved in the employment of care workers throughout NRW. Only the close relationship to her home in Central America has remained.

In the summer of 2019, Mrs. Hoffmann and her son Julian founded Frutas del Soll LLC, a trading company with a focus on Honduran sweet potatoes. The company's mission statement was to provide access to the European market for sweet potatoes from small-scale farming. But in practice there were several hurdles. "The changeable weather conditions at the point of origin are a big problem. Recently, a major hurricane devastated a substantial part of the agricultural area. As we speak, hurricane Jota is moving from Nicaragua towards Honduras." 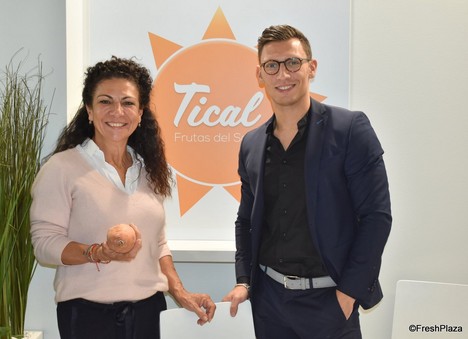 Patricia Hoffmann and son Julian at the first trade fair appearance of their 'old' company Frutas del Sol during Anuga 2019. Now, both are engaged in the employment of Central American nursing staff.

Difficult start for sweet potato imports
There is another challenge in the financial area. "Demand for Central American sweet potatoes was clearly there, but we would have had to make huge investments at source. The Central American banking system requires advance financing for new entrepreneurs from abroad. This makes it particularly difficult for us as a medium-sized company," says Hoffmann. Added to this was the beginning of the Corona pandemic and the inevitable impact on overseas imports. "Some customers have already withdrawn, not only from the fresh market but also from industry because less raw material was needed for the frozen sector."

Care crisis in Germany
Meanwhile, the entrepreneur was already alerted to the potential of job placement between Central America and Germany. "There was already a great nursing shortage in this country before the corona eruption. At the same time, there are many nurses in Central America who want to immigrate to Germany. Finally, Frutas del Sol was abandoned in the summer of 2020 - about one year after its registration. Then, employment agency Intermed Personal LLC was founded and the career change became a fact.

Employment agency and migration support
The new company is to support between 50 and 70 nursing staff from Central America in their search for a job and in migration. The latter point is particularly important to the Honduran-born nurse. "The decisive factor for me was that I want to support young immigrants during migration and integration. So we don't just act as employment agencies, but also as migration coaches. So you can also turn to us for other questions regarding German culture and habits in everyday life," Hoffmann concludes.