Since its launch in 2017, Bühler’s Sortex FA PolarVision range, which features the highest capacity optical sorter in the individually quick frozen (IQF) fruit and vegetables market, has gained traction as the most trusted optical sorting technology amongst leading processors around the world.

Bühler’s presence in the IQF market
As one of the first major players in optical sorting, Bühler has over 70 years’ experience in the industry, with over 30,000 optical sorters installed in 140 countries worldwide.

In 2017, predominantly driven by changing consumption patterns, the frozen vegetables market was predicted to grow at an average CAGR of five per cent from 2018 to 2025 (according to Market Research Future). In response to this predicted industry boom, Bühler developed the Sortex FA PolarVision.

Three years on, all of the major players in the industry have Sortex technologies installed in their IQF lines. Stefano Bonacina, Global Head of Market Segment Fruit & Vegetables at the Bühler Group, said: “Frozen fruit and vegetable processors are able to feel certain of world-class performance when placing Sortex FA PolarVision optical sorters in their processing lines whether after freezing, before the packing line, or bulk-to-bulk. Our technology truly provides an unparalleled PolarVision edge.” 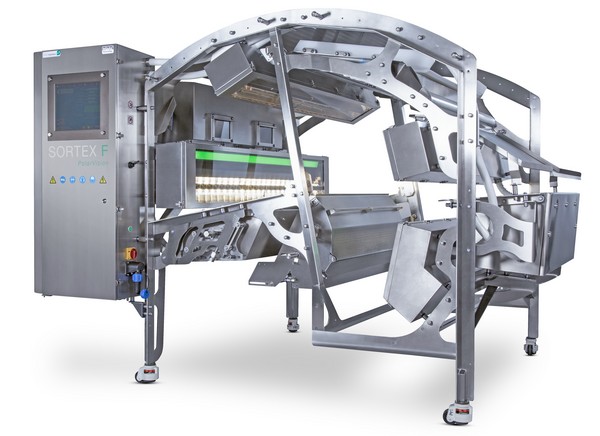 Highest capacity
The Sortex FA2 PolarVision with a 1200 mm adjustable UHMW-PE chute was launched in 2017, followed by the FA1, with a 600 mm chute for smaller capacity processors.

Pieter De Backere, co-CEO at d’Arta, commented: “The Sortex FA2 and its capabilities exceeded our expectations…We are convinced of the quality of Bühler equipment.”

Two years later, with the support of customers who believed in the FA PolarVision range and expressed an interest in aiding the development process through prototype testing, the FA3 was created and the PolarVision range grew.

The FA3 features three individual chutes for high capacity process lines up to 20 tons per hour, in addition to new software updates, algorithms and adjustments for specific customer applications to improve the PolarVision’s functionality further.

The Sortex FA sorters are custom built to be placed after IQF or in the packing line to remove any gross or subtle color defects, extraneous vegetable matter (EVM) and hazardous FM with market-leading results.

Steven Van Engelandt, Group Project Engineer, Ardo Group, said: “In our experience, PolarVision technology is one of the best digital-vision technologies when it comes to detecting FM in the industrial frozen vegetables process. It’s a jump forward. We tested all other options, including laser, chlorophyll, translucency, but PolarVision was unsurpassed and it’s becoming standard in all our plants.

“The Sortex PolarVision technology came as a huge advantage for us for FM removal, particularly in the case of snails. It has also proved very useful in detecting any EVM and color differences,” Mehmet Berk Goztepe, Export Sales Representative at Fine Food, mentioned. 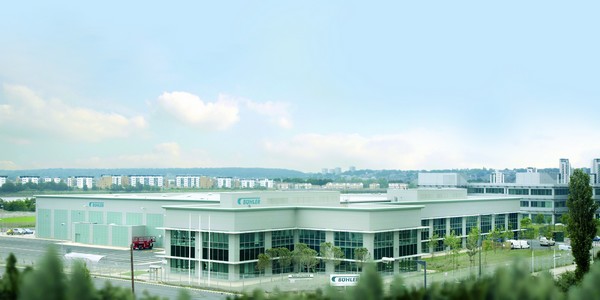 Hygienic design
The FA range also pushes boundaries with a hygienic design that is not only practical but also offers superior access and cleanliness too. The innovative UHMW-PE chute available in 600, 1200, 1800 mm, and can be adjusted upwards allowing operators to step inside of the machine, as well as a unique receptacle which can be opened and closed providing access to all areas.

Ulf Hagner, Managing Director, Blåtand Ab, said: “Our goal was to create the best berry cleaning process on the market, making it possible to produce a high-quality, class 1 product that is free from foreign material. By combining the Sortex F PolarVision optical sorter with our other cleaning equipment, we have achieved our goal.”

Bonacina added: “Bühler’s PolarVision technology is essentially a combination of up to four sorting technologies fitted in a unique platform, spanning the visible and non-visible optical spectrum. In this day and age, as consumers become more and more health conscious, PolarVision proves to be the most efficient and trusted solution for satiating any concerns regarding the safety and quality of the frozen fruit and vegetables that we eat.”

Connectivity and data analytics
The Sortex FA PolarVision can also now be integrated with processors’ plant control networks via one of Bühler’s connectivity gateway solutions.

The basic package offers remote recipe change and sorter status information, while the advanced package additionally provides sorting process statistics. Processors are able to control the machine from the PLC and receive raw data which can be processed and stored in their MES system.

Bühler customers can also benefit from a data analytics service by streaming data to Bühler Insights. By accessing a ready-made data visualisation dashboard, KPIs and long-range trend analysis can be continuously tracked and monitored.