Golden Fuji apples are grown in Yantai. The production areas are located on the 37th parallel north. The unique geography and weather conditions all work together to create an unparalleled flavor. This variety is an improvement on the regular Red Fuji apple variety. The regular Fuji apples from Yantai are all red, but this variety is a beautiful golden yellow.

Chinese consumers have discovered in recent years that the Golden Fuji apple is sweeter than the regular variety. The apple remains on the tree for one month longer than regular Fuji apples. And the temperature difference between day and night is quite big in November, which stimulates sugar accumulation in apples. So not only is the apple a beautiful golden color, but the apple has a sweet flavor. 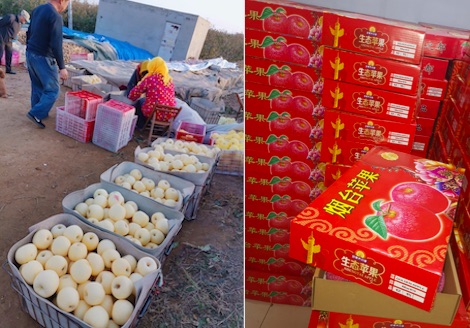 The production volume of Chinese apples has been growing in recent years, especially in upcoming production areas in Shaanxi. Market competition grows more fierce every day. The sales figures of Red Fuji apples are no longer as brilliant as before. Most apple prices are relatively low, and the selection process for expensive top-quality apples is intense. The sudden rise of Golden Fuji apples brings new hope to apple farmers. 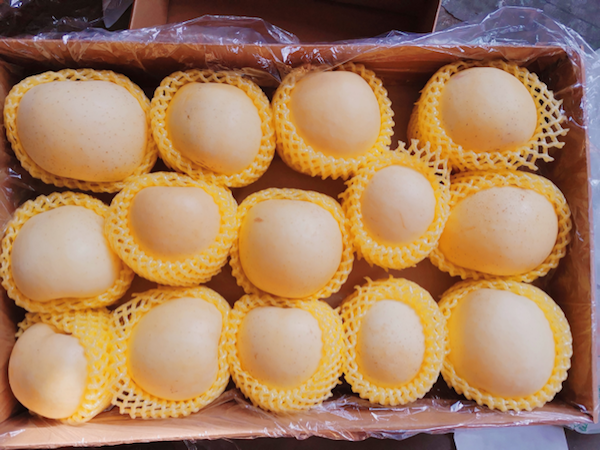 "The overall production volume of Red Fuji apples in Shandong declined this year because the production areas suffered from frost during the growth season. Many established apple orchards in Yantai are currently in the process of switching to new apple varieties. The price of Golden Fuji apples is higher than the price of most apples, so many apple farmers choose this apple variety. That is why the production volume of Golden Fuji apples is relatively large this year." This is according to Mr. Wang Gangchun of Yantai City Muping District Lufeng Agricultural Plantation Co., Ltd. 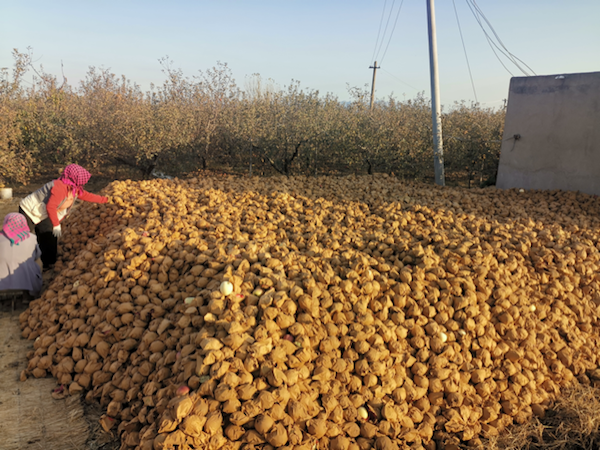 Many Red Fuji apple orchards did not have their management in order this season. Frequent rainfall in the summer season had a definite impact on the product quality of Red Fuji apples this year. "In the end, we did not suffer from extreme weather conditions. Our Golden Fuji apples are exceptional in terms of product quality and flavor. This year we began supply our apples on the 20th of November. That is a little bit later than last year. Distribution was hectic during 'Double Eleven' [11 November, 2020] when many shops offered discounts. We could not guarantee timely delivery during this peak sales season, so we decided to avoid this peak period of express delivery," said Mr. Wang. 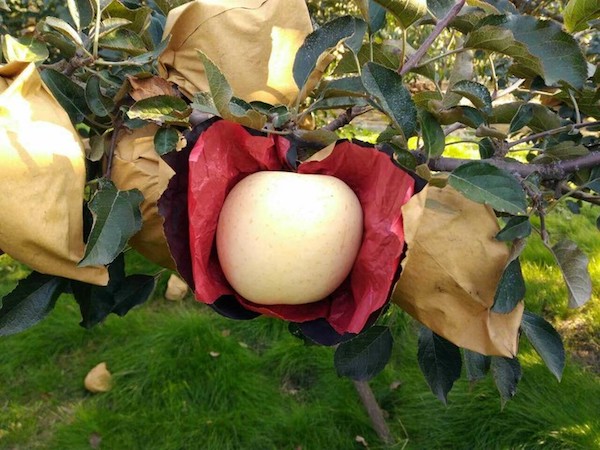 Lufeng Agricultural Plantation sells Golden Fuji apples via e-commerce platforms. The apples are available in 2.5 and 5 kg bags. According to Mr. Wang, "The price of Golden Fuji apples is much higher than the price of regular Red Fuji apples, just like last year. However, this is not a problem for the high-end consumer market. High-end consumers are willing to pay more for top-quality fruit. That is why we are quite optimistic about this sales season."