Supplies of persimmons are solid domestically and via imports.

Domestically, California is in the peak of its season with plentiful supplies of both Hachiya and Fuyu varieties, says Aron Gularte of Fresh Farms based in Kingsburg, CA. “Most supplies come from the Central Valley from Madera to as far south as Delano,” he adds.
In terms of harvest, Fresh Farms began in the first week of October and will be packing fruit until mid to late December. “The overall size of the crop is similar to the 2019 crop which was a good-sized crop. For the fruit itself, there’s a wide range of sizes depending on your location—some ranches have good sizes others have average size,” says Gularte. 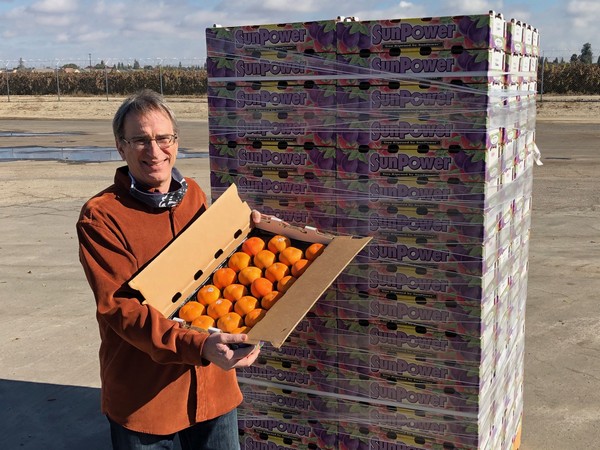 Demand moving up
Meanwhile demand is very good for persimmons, a fruit that’s becoming increasingly popular. “Persimmons are very retail oriented and retail business, because of COVID-19, is better overall for most retailers. It just seems like there’s a lot of business for stores so demand is very good, as it is for most commodities,” says Gularte, adding that demand feels slightly stronger this year.

On imports, Krops Imports in Montreal, QC brings Rojo Brilliante persimmons, which are grown in the Ribera del Xúquer region of Valencia, Spain, into the Canadian market and the Spanish season looks steady as well. 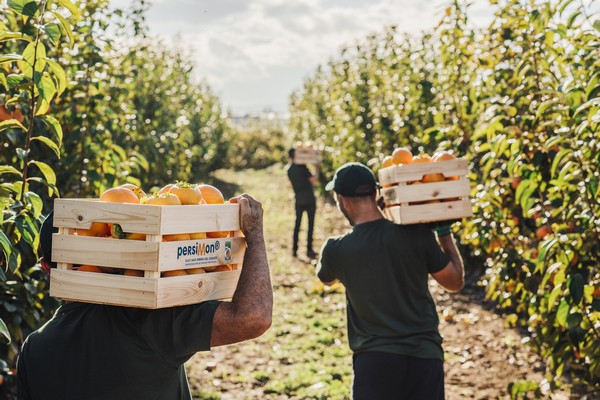 Earlier import start
“This year though was the earliest start time in a long time,” says Amanda Borsellino of Krops. “We started having volume at the beginning of October and we usually start at the end of October. We usually end mid to end December but because we have a gassing chamber, we’re able to extend our season until January or February.”

As for the fruit itself, Borsellino notes it’s a good season with quality fruit that have nice sizing and coloring and not too much scarring.

Meanwhile demand is higher for persimmons in Canada given the earlier start to the season. “It looks like all the channels are responding nicely to it and all the work we’ve put into educating Canadians on this fruit that’s historically a more of an ethnic fruit is paying off. It’s now becoming more mainstream and that’s reflecting in sales,” says Borsellino. 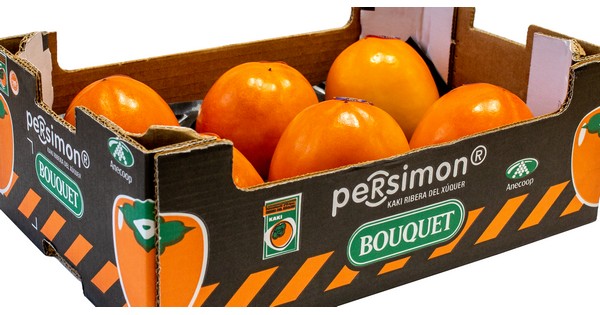 Teaching Canadians about persimmons
Also likely helping demand is some of the marketing work that Borsellino has done around educating the Canadian market about persimmons. “We’ve worked with ICEX (Economic and Commercial Office of Spain) and Kaki persiMon® (Protected Designation of Origin (DOJ) Ribera del Zuquer) to educate consumers on the persimmons market in Canada,” says Nadia Borsellino of Krops. “When we first started the program, the knowledge was very low. But over the years, we’ve spent a lot on marketing and promotions such as taste testing and advertising around the Rojo Brilliante and when it’s ready to eat. There’s been a lot of education around just what the taste is like.”

This year, to help movement as well, Krops has packaged the fruit in a six to eight-unit shoe-sized gift box. “People want more product so we’re getting more boxes like this for them to bring home,” says Nadia Borsellino. “People know if they pick up the box the product inside is ready to eat.”

As for pricing, Borsellino notes Krops has seen an increase on pricing. “There’s a lot of issues with COVID-19—pack houses cannot work 24 hours and have to respect social distancing, so the pricing is reflected on that. This year we’re expecting the price to increase towards the end of the season.”