“They are the epitome of local”

What drives the success of SnapDragon and RubyFrost apple varieties?

Growers of SnapDragon and RubyFrost apple varieties in New York state are pleased with the quality and production volumes of this year’s crop. Harvest of both varieties has been finished and although SnapDragon has been available on store shelves for a couple of weeks already, fans of RubyFrost need to wait until the beginning of January.

“This was our biggest crop yet,” says Jessica Wells with Crunch Time Apple Growers, the organization responsible for marketing the two varieties. “Total volume of SnapDragon this year is about 300,000 bushels and for RubyFrost, the estimate is 250,000 bushels.”

Volumes have shown a steady increase as more acreage comes into production every year. “We’ve added new direct-market growers this year in six states including New York. We are pleased to see many of our initial growers – who signed on back in 2011 when we started planning – continuing to expand acreage based on the success and rising demand for SnapDragon and RubyFrost.” 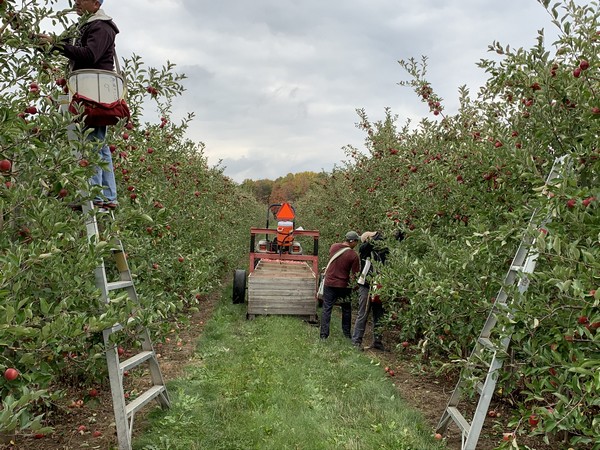 Unique sales concept
The premium apple category is competitive with many great varieties available. Nevertheless, both SnapDragon and RubyFrost have managed to become very popular in the relatively short amount of time they’ve been on the market. What is driving their success?

“Both varieties are the epitome of local,” mentioned Wells. “They were created by Cornell University here in New York and are grown by New York growers. It doesn’t get more local than that.”

While both varieties are widely available in stores east of the Mississippi, they can also be bought in other regions and directly from growers’ farms.

“Here in NY, many of our farmers own small stores – more like grocery stores - that are built on the farm and sell a large assortment of produce directly to the consumer. It’s a very different concept from other parts of the country, but it has helped tremendously in SnapDragon and RubyFrost gaining popularity in a short amount of time, which is one of the reasons we are now adding direct-market growers outside of NY.” 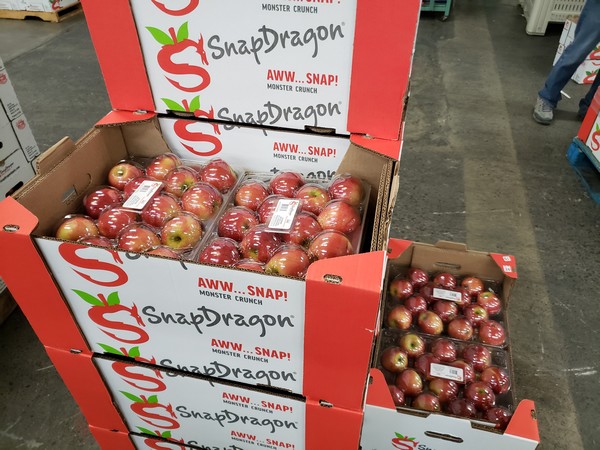 SnapDragon at Crist Bros. in Walden, NY packed for shipment to a wholesale club.

Repeat purchases
Produce managers who decide to carry SnapDragon and RubyFrost continuously all season long are seeing customers come back for repeat purchases. Although Crunch Time does have a lot of season-long partnerships with retailers, there are also stores who choose to do a one-month trial or an apple-of-the-month promotion. The stores that carry a variety for a limited time often face disappointed customers when they come back to repeat their purchase, only to find the apple no longer available.

“I believe that if we keep offering a superior apple, more and more retailers will commit to season-long partnerships, keeping SnapDragon and RubyFrost on the shelves longer. This will support the varieties’ continued success, despite the competitive premium apple landscape,” finished Wells.