Major Australian wholesaler, J E Tipper is hopeful that the 2020 summer passionfruit season being a ‘bounce-back’ year after the weather and drought had an effect on previous crops.

"Production should be up; there are some new varieties coming up and as long as the weather continues to play its part, there will be good supplies of passionfruit," Director Sean Russell said. "So, touch wood it should be a bounce-back year. But it is the next couple of months where we need rain, and if we don't get it, then it (drought) will affect it again. At the moment it is on track for some good crops leading into Christmas - there should be some good supplies of nice eating fruit." 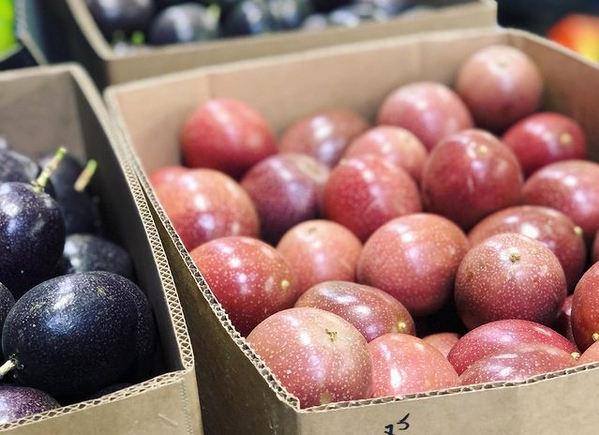 The company sources its passionfruit from growers in three main areas: Far North Queensland, between Townsville and Cooktown, as well as the Bundaberg region, and from the Sunshine Coast to northern New South Wales.

While there are Australian passionfruit 12 months of the year, Mr Russell says demand is strong for the tropical fruit, especially in the warmer weather.

"It is definitely more popular coming into summer," he said. "I find that people generally love the taste of passionfruit, it is great as that food enhancer to go on deserts or in salads. It's a very versatile fruit. The peak time for passionfruit is from December to July. At this time of the year, we are waiting for the new season fruit to start because it reaches that stage where it is too cold for the fruit to set over winter, so then that creates a bit of a shortage from October through and November."

Mr Russell, who also previously served on the Passionfruit Growers Board for 15 years, but stepped down this year, is excited by the growth of the Australian industry.

"There are definitely more growers coming on, and a few of the current growers getting bigger and bigger each year," he said. "I just think some of the different growers and the board is developing is going to be some beautiful eating fruit. I just think there is so much growth ahead for the passionfruit industry."

The board is there to support the growers, including working on the marketing side of the new varieties, as well as addressing other issues such as chemicals.

"It is very interactive with the growers, and helping them to develop," Mr Russell said. "It is taking such a small industry and uniting it and moving it forward."