While much has been said about how retailers and restaurants are making their way through the pandemic, with the onset of the second COVID-19 wave, how are things faring with the country’s wholesale markets?

This time, they’re better prepared says Earl’s Organic Produce, a merchant within the SF Market in San Francisco, CA. As the first wave of the virus made its way through North America, Earl’s, like many companies, worked to set up safety protocols. Today, these include mandatory masking, pre-entrance temperature checks, switching away from cash-only accounts, installing plexiglass for spaces where physical distancing proved difficult and many more. That’s made things slightly easier for this time around. “And now with this new wave, all of these procedures are in place and it’s now habit in the market,” says Drew Knobel, sales and marketing director for Earl’s. 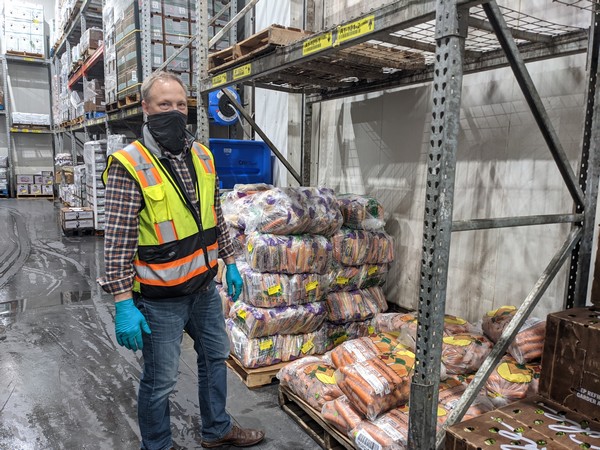 That first wave experience also goes towards knowing a bit more about the shopping habits of customers in a pandemic. “In the first couple of weeks into the pandemic, people were ordering so much product. We had vendors sell a three-month supply of onions in one week,” says Knobel. “We now understand we have to allocate product. You can’t come in and grab everything I have. All the retailers have reacted that way too. If you go to Costco now, you can’t take more than one pack of toilet paper. We won’t see that panic buying again in this second wave.”

The move to more packaging
It was also hard not to notice throughout the pandemic the shift towards consumers preferring packaged product because of the perception that it was safer due to fewer recent touches. “Now that has let up somewhat and interestingly, as we go towards Thanksgiving, we’re not seeing that trend towards packaged product. It’s tipped back to the old way produce was sold,” says Knobel.

The types of grocery stores too that customers were interested changed as well he says. “People changed stores more than I’ve ever seen. Smaller stores sometimes picked up business because the larger store had lines and people didn’t want to wait in line,” he says. “And if retailers didn’t have product for people, they went elsewhere.” 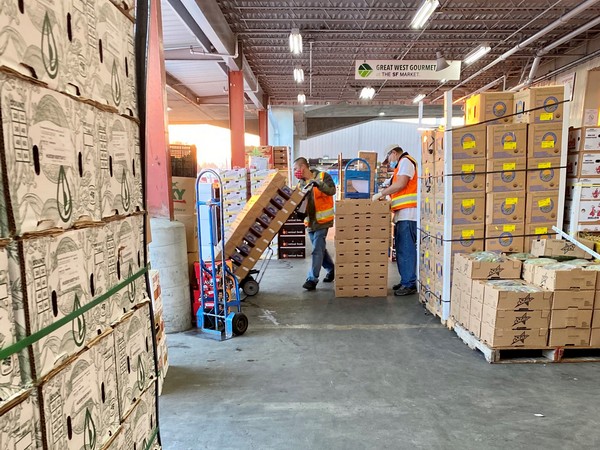 The overall market’s client base changed as well. While the market already has a thriving food recovery program in place—one in which a dedicated staffer works with merchants to increase how much food can be recovered and donated—additional non-profit organizations also became clients. “The San Francisco Department of Public Health came to the market team early on and said they needed to get produce to some new non-profits that were feeding people. So, we took on an emergency contract for these non-profits and some of them were particularly looking for culturally unique products,” says Michael Janis, General Manager for the SF Market. In turn, the Crankstart Foundation surprised the market by providing generous support to encourage the continuation of these programs, says Janis. “Before the pandemic, we had a number of non-profits we regularly supplied and while we continued to supply them during the pandemic, additional ones have come on board,” he adds.

Trending items
While those culturally appropriate items for populations such as the Asian and Hispanic communities increased in demand, so did the demand for a number of other produce items. “In the beginning it was a lot of staples—potatoes, onions, carrots. All the items that could sit in your fridge as you hunker down,” says Knobel. “But throughout, garlic was and continues to be a hot item. Also, items such as ginger and turmeric have trended as have chards and kale. Anything healthy really which is why the demand for organics in itself have increased. People were looking for more organics and more healthy food.” 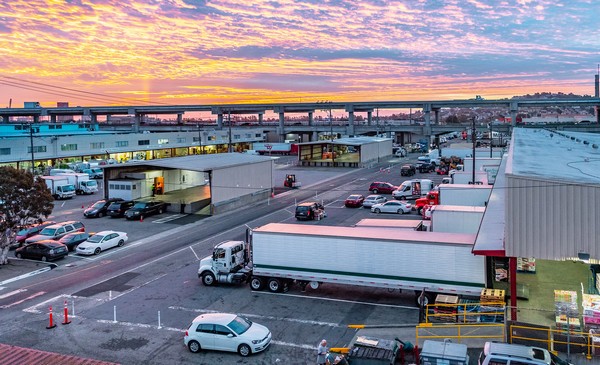 Looking ahead for the market, this week will determine if The Centers for Disease Control and Prevention’s suggestion for smaller holiday gatherings mean increased shopping. “Because people will not be gathering in large groups like they used to for Thanksgiving, there may be more people shopping for themselves and immediate family,” says Knobel.

He also adds that Earl’s will continue to watch as the growing regions transition and what that may bring. “We’re starting to transition to southern California and Mexico for product. So, we’ll probably have to keep an eye on outbreaks down there and watch the labor and see how they deal with distancing on the farms, packing, etc. That’s something that may have an affect on things and we’ll have to keep an eye on that,” says Knobel.