Few industries have been so affected by the Corona pandemic as the potato industry. From the hoarding in spring to the sales problems with peeled potatoes in the wake of the current gastronomy closure: 2020 was without doubt a remarkable marketing year for the German potato industry. Volker Peters - Managing Director of Helle Niedersachsen - looks back as well as forward.

"The market for table potatoes is currently on the move again; there is demand for goods. The marketing of chip potatoes is also working again, although prices are below contract levels. The French fries segment recorded a small upward trend in September and October, but was again brought to a virtual standstill when the restaurants had to close down again. The processing of the peeled goods is undoubtedly suffering the most from the conditions. At the moment, processing capacity is only around 30 percent," says Peters, describing the current situation.

Volker Peters is noticing a greater appreciation of the domestic potato among consumers.

Call for acreage reduction
European industry association NEPG recently called for a 15 percent reduction in acreage across Europe. This recommendation was received with astonishment in Lower Saxony. Peters: "We have tended to expand our acreage in recent years. There were droughts in large parts of Europe in both 2018 and 2019. Now, we generally had enough rainfall this year, which is why the potatoes have grown well everywhere. In addition, we do not know how the Corona virus will continue. On top of that, Brexit is dragging on, which will also affect us indirectly. There is a lot of uncertainty in the industry at the moment."

Meanwhile, the European potato industry is registering considerable surpluses every year. According to Peters, a reduction in acreage would not be a complete solution to the industry's real problem. "Farmers are increasing their acreage because there is no good alternative. Cereals or sugar are less interesting in terms of pricing. Growing onions is apparently the only lucrative option. But if everyone switched to onions, we would have the same problem in the long run as with potatoes," he warns. 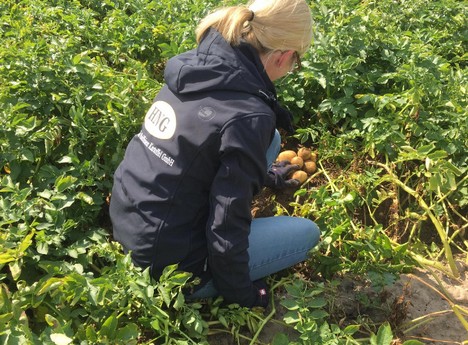 The federal state of Lower Saxony has always been considered the largest potato growing region in Germany. About half of the total volume is produced here. "In principle, we always have surpluses because we could never consume the local yields ourselves. At the same time, regionality is becoming an important purchasing argument, especially for potatoes: people prefer regionally produced potatoes. I also see a problem in the future in that we can no longer simply ship our potatoes to Saxony or other places. That means we just have to hope that there will be drought-related shortfalls in Holland or Poland, so that we can send our surpluses either to the West or the East." 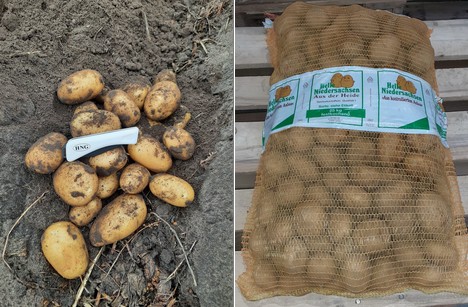 At the same time, he said, one must ensure that reasonable qualities will still reach the shops. "In April, when the French fries factories were partially shut down, some processed goods were placed on the food market. However, industrial goods are completely different varieties, which has met with a lack of understanding on the part of some consumers. All in all, however, I do see long-term prospects for the domestic potato."