Dutch radish growers are pleased that exports are slowly getting started. "At the end of last week, we started delivering our first radishes to the German supermarkets again. That often used to be at the beginning of November. But lately, the Germans already have their own product until mid-November," says Ad Coolbergen of Ortolanda. 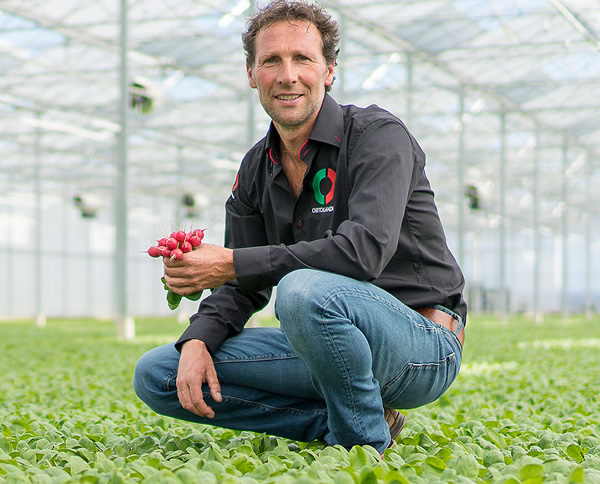 The grower is reasonably satisfied with the summer season's sales. "We had several clients in the hospitality sector who ordered much less or none at all. That was throughout the pandemic. And mostly for loose radishes. But we also supply a lot to Dutch supermarkets. Those sales climbed."

"Exports have begun from our Italian branch too," adds Ad. "That market always has to find its footing at the start of the export season. We're, however, going into winter again. So, cultivation will take a bit longer. I don't expect there to be too much product on the market in the coming weeks."

"We expand our acreage annually in Italy. And this year we've started using a new greenhouse. We expanded one of our branches in the Netherlands last year and the other the year before. So, for now, we want to keep running nicely," Ad concludes.