Game farmers and hunting operators turn their hand to watermelons

Covid-19 has hit the watermelon market hard. Where usually a holiday resort like Sun City in South Africa’s Northwest Province would be taking thousands of watermelons every day during summer, now they are taking only hundreds, and the market is feeling it, says Martin Michael of Exec-U-Fruit market agency at the Johannesburg fresh produce market. 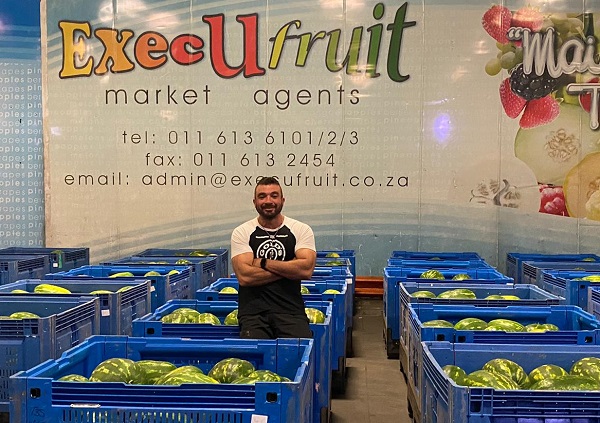 “The market is oversupplied, even though the volumes on the floor aren’t much different from the last ten years, but there is a lack of money because of Covid-19 and lockdown,” he explains, noting that watermelon sales are particularly sensitive to cash flow.

“Plenty of restaurants and hotels have closed, and with the lost catering sector, that’s 50% of our market gone.”

In response to the sudden drop in business for game farmers and hunting outfit operators, an industry well-supported by game hunters from the United States, some of these farms in the north of the country planted watermelons for the very first time this year and for those who managed to get onto the market from May onwards, it was a very rewarding move.

Do the watermelons from rookie growers stand out among those from experienced farmers?

“You can’t really tell the difference. I’ve got some first-time growers on my floor whose watermelons look like they’ve been doing it for 15 years, and then there are some growers who have been doing it for 15 years but it looks like their first crop. It all depends on seed and what you put into the ground. You can see the pride that some of these new growers put into it.”

Lucrative watermelon winter market
During winter there was a period of phenomenal watermelon prices in South Africa; reports of R200 (10.96 euro) for a watermelon in retail.

“You won’t believe some of the record prices we saw – during July and August we sold watermelons for up to R170 (9.3 euro) each. During that period of April to August watermelon growers made very very good money. After August supply started increasing.”

Retailers still buy their watermelons from the market, unlike most other fresh commodities. Martin notes that 90% of South Africa’s watermelons move through the fresh produce markets (primarily Johannesburg and Tshwane).

Watermelons are an attractive cash crop because it requires no packhouse, packaging or palletizing equipment.

Around 4,000 watermelons fit on a truck and it takes a team of 10 to 15 people three to four hours to offload it, whereafter they sort and grade it. Watermelon buyers are very sensitive to size, he notes.