“The new Cosmic Crisp crop will be released November 23rd”

The apple harvest is in full swing, and Washington-based FirstFruits Marketing is highlighting their new Opal crop, which is their proprietary apple variety, as well as a new Cosmic Crisp crop. Joe Vargas shares: “We had a great year last year for Opal apples, this year the projection shows even higher volumes. The demand is currently exceeding supply, but the volumes will continue to grow every year for the next few years.”

This year’s volumes of Cosmic Crisp apples are projected to be available on November 23rd. “They’ll be out right in time for a Thanksgiving promotion for those within a 2-day haul from Washington State,” says Vargas. “I’ve been seeing some East Coast retailers planning to fly in their first orders so that they can have them in stores by Thanksgiving. We’re expanded our program for the Cosmic Crisp this year with over 500 acres planted and a limited supply in organics available for the 2020-2021 season,” he adds. 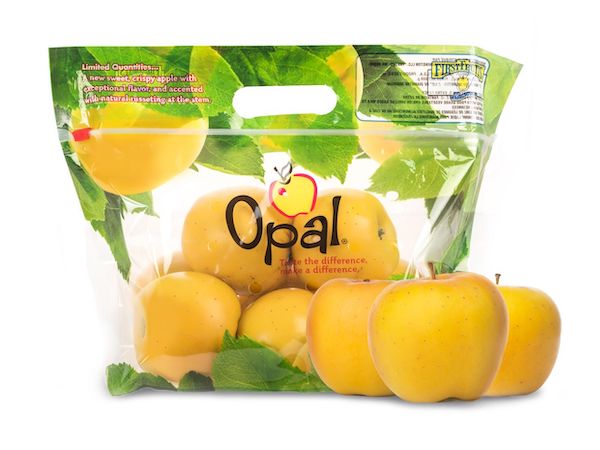 Good balance between supply and demand
The current apple harvest is going very well, Vargas shares. “The crop is a little bit smaller than we originally anticipated, but we don’t have any exact numbers yet. Overall quality looks very good though, with nice coloring on our varieties. The demand in the market is good, too. In years past there have been times where we have a bit of an oversupply but this year the balance between our supply and the overall demand is working out very nicely,” he explains.

The Cosmic Crisp crop will be available November 23rd, and there’s high anticipation for the release. “We are expecting it to move fast on the front-end of the season, at the end of November and in December. Currently, our Cosmic Crisp volumes are around 1.7 million cartons, which is a big increase from the past, and in the next seasons we’re expecting to have our volumes doubled or even tripled. We’re also anticipating great consumer response this season – last year we heard some mixed reviews on the flavor profile, but the crop this year has been really great tasting and more consistent and we’re really proud of it,” Vargas says. 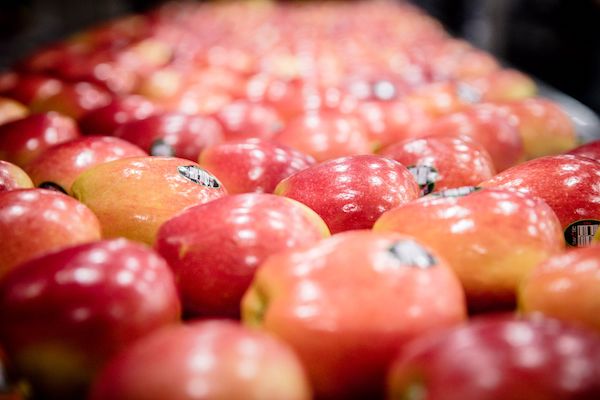 New packaging
FirstFruits Marketing has been working on a new sustainability pack for their proprietary Opal variety. “This pack will be geared toward families and will have a small launch later this year, probably in December. If it’s successful, we want to make a long-term transfer into more sustainable packaging options,” Vargas shares.

Attending PMA Fresh Summit
FirstFruits exhibited at this year’s virtual Fresh Summit and it was their first virtual show. “We attended the United Fresh Show, but we didn’t exhibit there. But the PMA show was completely different, and it is set up more as a social media website rather than the booths layout that United Fresh had in the spring,” Vargas shares. “It seems like maybe they’ll develop it further as a social media platform for the industry in the future,” he adds.

For FirstFruits, the majority of the interest they saw in their products came from people looking to import the apples. “There seemed to be more communication from other countries looking to import our apples, we saw some interest from Latin American importers for example, more so than for the domestic retailers,” Vargas concludes. 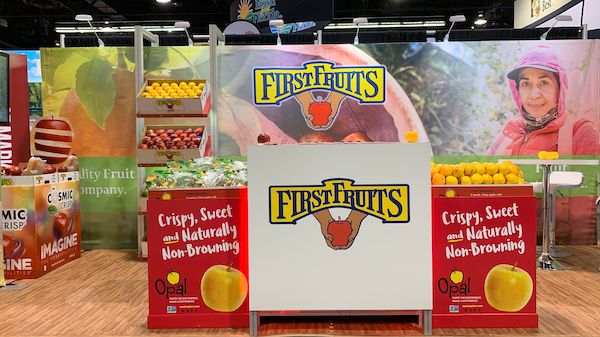