A. & K. Engemann goes into the new marketing season

"There is more growth potential for organic chicory, within food retail as well"

For some two weeks, leading organic company Engemann GbR has been delivering new organic chicory. "The volumes to be marketed are still modest, but should soon increase," says Fabian Borgwald, salesman at the company. "Due to the colder weather, the desire for chicory has returned and we are seeing some nice demand. The situation is split in terms of prices: We are slightly below the Belgian prices, but we generally expect a higher sales price compared to last year."

This year,  there has been a rather abundant and qualitatively nice harvest, which is a good omen for the rest of the campaign. Borgwald: "We are very satisfied with the harvest. Supply and demand are roughly evening out. Compared to last year, we had far fewer problems with the drought. It also looks as if we will do much better in terms of yield this year. So at the moment we expect good yields and normal calibers."

The abundant supply situation, however, brings new challenges, they confirm: "We will have too little storage space this year, which is why part of our earnings will have to be temporarily stored in Holland. 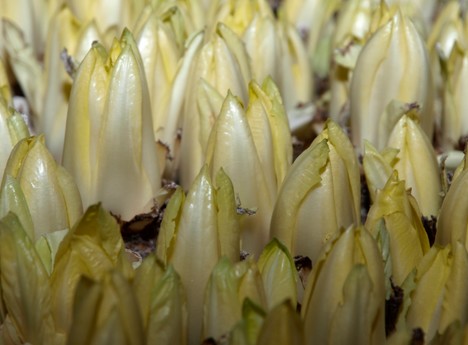 The classic peak season for chicory is still focused on the pre-Christmas period.

Long-term marketing potential
Growers and trading company Engemann in Willebadessen-Eissen (NRW) has a long tradition in organic chicory production. Over the years, its capacity has been gradually expanded, in line with the increasing demand in the trade. "Chicory is now experiencing a renaissance among the younger generation as well. Currently, we are only represented in the health food trade: But if we could create additional capacities, we would also like to enter the food retail trade, because there is obviously potential in this sales area as well."

In general, the market share of organic chicory is still going up. "Although the market is no longer growing as enormously as it did ten years ago, and the customer structures in wholesale and retail are also changing. Despite this flattening of the curve, long-term growth is still there". Accordingly, Engemann will also continue to expand its capacity. "At the moment, there is not much free cultivation capacity available, but in the coming years we will expand our storage area, so that we no longer have to outsource storage." 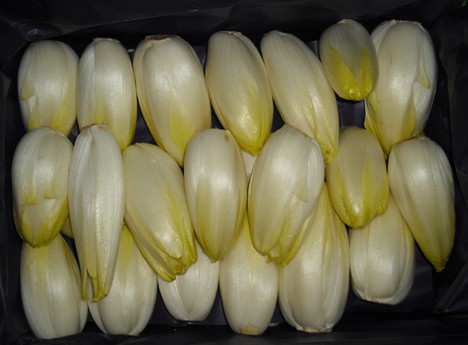 From the soil to the shelf
A big difference between conventional and organic chicory production is the selection of varieties. 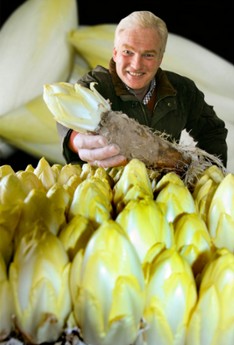 Conventional companies are allowed to use cms varieties, which is why the final yield is much higher. "In addition, no plant protection agents are used in either organic root cultivation or forcing. Fertilization via the water is also not allowed in organic cultivation."

On average, people pay about a third more for organic goods at the PoS. "We have also been able to increase market prices in recent years. This indicates that consumers are willing to pay this extra for organic products."

Organic chicory is still mostly marketed as single products. The experts at Engemann do not expect this to change any time soon. "Retailers also prefer to sell organic chicory this way. Firstly because they can advertise with products that are not packaged, and secondly because this creates an obvious separation between the conventional and organic goods on their shelves".