Thousands of bananas fly each month to international destinations like New York. “In-flight bananas that are the result of a collaboration agreement between Plátano de Canarias and Iberia. The airline will distribute the popular Canarian fruit to its passengers traveling to the most populated city in the United States and to different long-haul destinations that still haven't been defined. In parallel, within this agreement, the airline's VIP lounge at Adolfo Suarez Madrid-Barajas airport is already offering Platano de Canarias bananas to its customers. 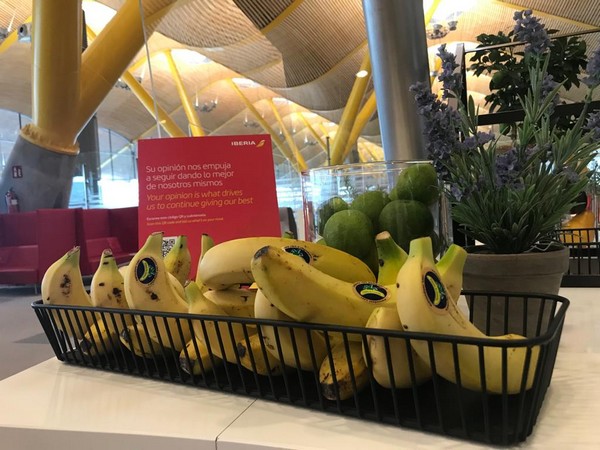 The initiative was born as a result of the passengers growing demanded for Spain's second most consumed fruit in the plane's catering. This collaboration arises at a time of special difficulty derived from the COVID-19 crisis. Iberia decided to bet on a national product by including it in its menus, thus responding to its commitment to offer the best products to its customers.

“Our company has always bet on offering its customers quality national products, and the Platano de Canarias meets these requirements. It is a local production that is sustainable with the environment. Furthermore, it's become a major identity icon of the Canaries and all Spanish people,” said Gabriel Perdiguero, Iberia's Director of Clients.

The president of the Association of Canary Island Banana Producers Organizations (ASPROCAN), Domingo Martin Ortega, stressed that “the incorporation of Platano de Canarias into the VIP lounge and on long-haul Iberia flights is recognition to the work and dedication of Canarian producers. The Platano de Canarias is the only banana in the world that has PGI distinction, thanks to its local production techniques, which comply with European standards, and the product's quality. I am convinced that this agreement will help the banana soar higher than ever and that the airline's passengers will appreciate this product's attributes as a clear example of Spanish agriculture's quality.”