"It's a fairly atypical year, but we should still achieve double-digit growth in terms of volume"

The potato sector has been in an uneven situation across Europe. While the industrial potato segment has seen its market shrink drastically in recent months with the closure of the horeca channel, the potatoes intended for fresh consumption have been able to circumvent the measures adopted to contain the health crisis with a lower degree of uncertainty.

"It's a fairly atypical year, but we should still achieve double-digit growth in terms of volume compared to last year," says José Luis Gómez, CEO of the Leonese company Patatas Hijolusa, devoted to the production, packaging and marketing of this product. 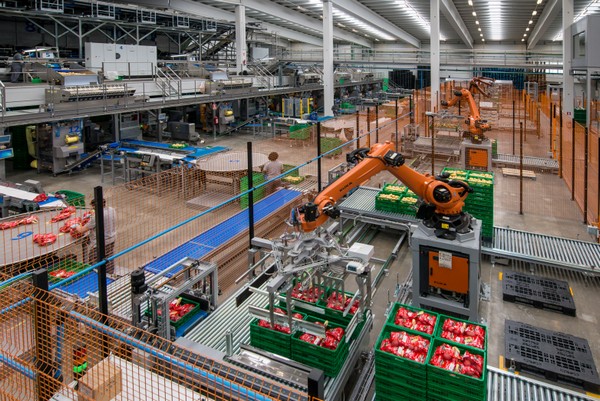 “We depend very little on the horeca channel, as we are mainly focused on the retail. In the current situation, this is what is helping our sales go up,” he says.

Patatas Hijolusa markets its production mainly in Spain, although it also has a significant presence in Portugal and exports its packaged product to supermarket chains in various European markets, especially to Eastern countries. "We have grown in the export market because it was one in which we hadn't been working much; however, we are recording the greatest growth in Spain and Portugal."

The quality of its production, strictly monitored throughout the entire production process, has not been the only factor driving the company's growth. “We have pioneered the introduction in the Spanish retail channel of some specific varieties for frying, such as the Agria or the Lady Amarilla. We have been marketing them for several years now and consumers are more than grateful for having this product,” says José Luis. 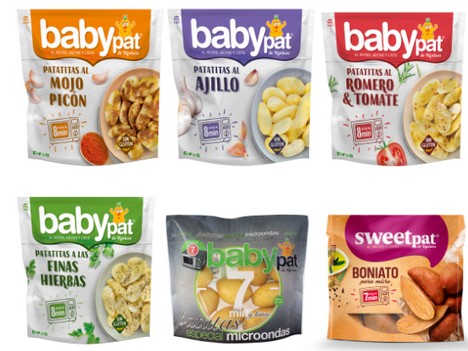 “We are also pioneers in the development of a whole range of microwaveable products, both potatoes and sweet potatoes, which are steamed in 400-gram bags, plain or seasoned with different flavors, and are sold under our BabyPat and SweetPat brands in a totally innovative packaging format,” he says. “This new format has made potatoes an even more attractive product; easier to cook, more practical and healthier, because they are cooked only in steam. We are a very active company in that sense and we believe that things can be done differently in our sector,” says José Luis.

Energy sustainability
The company is strongly committed to renewable energy and has installed a photovoltaic plant for self-consumption on the roof of its facilities, located in the Leon town of Ribaseca. 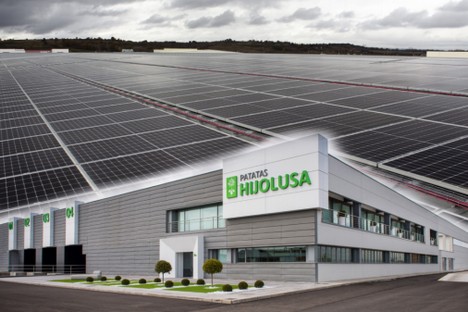 In this way, Patatas Hijolusa becomes one of the companies with the highest consumption of kilowatts from renewable energy in the fruit and vegetable sector. "The end goal is for 100% of the energy that our industry needs to be met by green energy."

The industrial potato acreage could be reduced in favor of consumer potatoes
The impact that the health crisis has had on the potato sector has led the Northwest Europe Potato Producers Association (NEPG), made up of producers from the Netherlands, Belgium, France, the United Kingdom and Germany, to ask for the acreage to be reduced by at least 15% for the 2021-2022 season as an emergency measure to tackle the consequences of the coronavirus.

"A differentiation should be made within the NEPG," says the CEO of Patatas Hijolusa. “There are countries out of the 5 in it which strongly rely on the industry. I think that the Netherlands, Belgium and Germany could assume that 15% reduction, but, for example, France could be more reticent, as it produces more consumer potatoes,” he says. "There is great uncertainty right now in the sector, as we don't know how the situation caused by the pandemic is going to develop."

“In Spain, many hectares are also planted for the industry and the horeca channel, but the vast majority of the acreage is intended for fresh consumption, especially the retail channel. I believe that there could also be a reduction in the area devoted to ​​industrial potatoes here, and that perhaps the potatoes for fresh consumption will be promoted a little more, especially those of the highest quality, both at the culinary level and in terms of washability. However, it's still too early to tell, as the harvest in Spain won't kick off until late April in the Region of Murcia,” he says. "We'll have to wait and see."