China and 14 other Asia-Pacific nations, including 10 ASEAN member countries and Japan, South Korea, Australia and New Zealand, are set to sign the Regional Comprehensive Economic Partnership (RCEP) agreement on Sunday. The signatories of the pact, however, do not include the US which has been traditionally regarded as a dominate player in the Asia-Pacific region.

The conclusion of the RCEP indicates that the majority of Asian countries endorse an Asia-wide regional free trade framework that works to benefit all Asian economies and see it as a landmark step toward achieving closer economic integration in East and Southeast Asia.

The RCEP sends out the message that Asian countries do not want to choose sides between the US and China.

More significantly, they are not willing to blindly follow the US and exclude China, the biggest and most vibrant Asian economy, from the region's integration process. A sound and healthy economic community in Asia cannot be achieved without China's participation. Of course, the concept of open regionalism embraced by China also welcomes America's participation in this cause.

‘Without clear trading arrangements, improved market access and reduced tariffs, it is extremely difficult to export from the bottom of the world to larger economies like Asia and Australia,’ says Horticulture New Zealand Chief Executive, Mike Chapman.

‘Of immediate benefit to horticulture is the expectation that customs authorities will release perishable goods within six hours of arrival. This will help ensure that our produce arrives on consumers’ tables in the best possible condition. 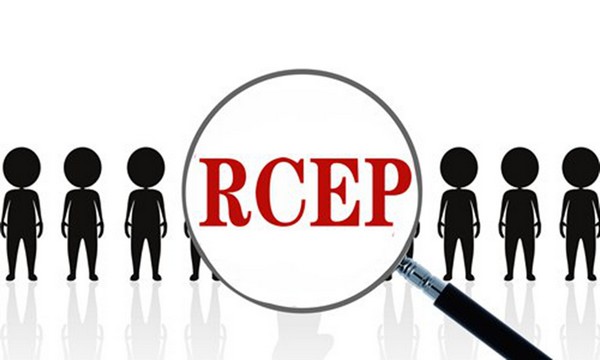 ‘Also of significant benefit is that the agreement provides a process for addressing non-tariff barriers within clear timeframes.

‘In summary, agreements like the RCEP mean greater volumes of produce can be exported, with the higher returns going directly back into regional New Zealand and local communities.’

Japan does not follow Trump
For countries like Japan, the need for open and reciprocal trade mechanisms has never been more urgent. With quite limited natural resources and a rather small domestic market, Japan is destined to develop an export-oriented national economy. Adding to this in this new era of globalization, many Japanese producers have been rationalizing and re-organizing their supply chains through international cooperation, and shifting their production abilities overseas. Frameworks that bolster and institutionalize trade among countries open the door to potential markets deserve to be cheered and celebrated by the Japanese business community - particularly the RCEP deal.

In fact, Japan has been keenly involving itself in negotiations with multiple trade deals in recent years, and sometimes initiates them. Following the Japan-EU Economic Partnership Agreement (EPA), which came into effect in the beginning of last year, Japan has also clinched the EPA with the UK. Moreover, the US-Japan Trade Agreement (USJTA) entered into force on January 1, 2020. In fact, long before these new partnerships took shape, Japan has been engaging in talks over trade agreements with over a dozen Asia-Pacific countries.

What speaks most loudly for Japan's enthusiasm toward international free trade mechanisms is the active role it had played in the TPP talks after the Donald Trump administration pulled out. As a close political and military ally of the US, Japan did not follow Trump's path of economic isolationism - it rather made strenuous attempts to steer the negotiations out of a deadlock, and managed to reshape and revive the TPP as TPP 11 or CPTPP (Comprehensive and Progressive Agreement for Trans-Pacific Partnership).