"The situation is good in the consumption potato market"

The health crisis has taken a toll on the industrial potato market, although the consumer market has not been hit that hard. “Things are very tough for the industry. After the closure of caterers and restaurants, manufacturers faced significant declines in their revenue. There are few industrial potatoes and a lot of consumption potatoes in Champagne. As for our situation, we don't have many problems in the fresh market,” says Champ'pom Export sales representative Guillaume Liesch. 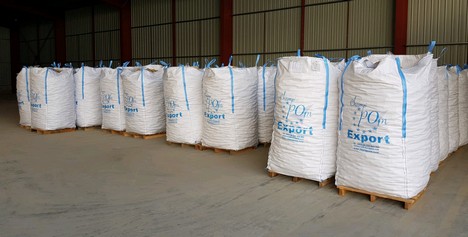 "Consumption is stable and prices are good"
While consumer demand is not yet at its peak, it is still there, allowing prices to remain at a good level. “There were large yields in Spain, Italy and the Eastern European countries, which slowed our exports somewhat at the start of the season. However, these stocks are now shrinking and prices are going up. Potatoes are currently being purchased at origin for between 150 and 230 Euro per ton (washable quality), so there is something for everyone.”

"The growing and harvesting conditions have been difficult this year"
As far as the quality goes, it seems slightly lower compared to last year. “We had very hot periods this year and no rain in the summer. This has facilitated the development of skin diseases and parasites, such as wireworms. This worm was very present in certain plots in Champagne, unlike in previous seasons.

Also, the harvesting conditions have been difficult due to the dry conditions, which have caused the potatoes to have a higher share of dry matter (+1.5% on average). This was followed by frequent rains, which delayed our harvesting operations. The campaign kicked off on August 5 and has yet to end. From a total of ​​260 hectares of potatoes, we still have about ten hectares left to do. The harvesting will end around November 15, which is very late and will be detrimental of the visual quality of the lots." 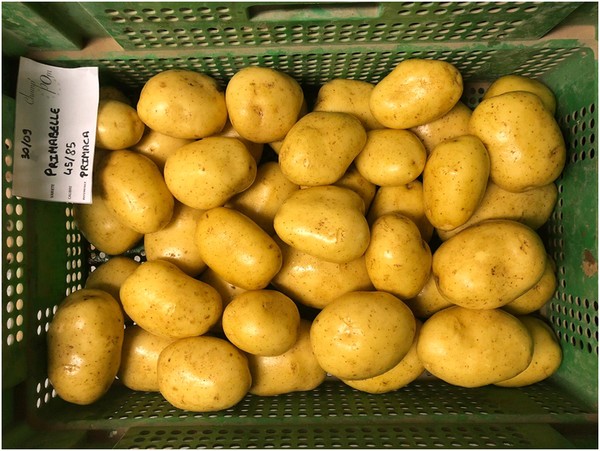 "We have high hopes for the Primabelle, a variety with great potential"
It has been 4 years since Champ’pom Export decided to include the Primabelle in its varietal portfolio. "This is a variety that we are trying to promote in the early potato niche. We have great faith in this variety because it has many advantages: good qualities (visual and taste), as well as a high yield potential (60 tons per hectare)."

Guillaume and his colleagues market the Primabelle from early August to late November on the French market, as well as in Spain, Italy, Hungary and Portugal. "We are delighted to see a clear change in its popularity from year to year as new customers start working with us and in turn market the variety."