“Prices for Turkish chestnuts are more competitive this season”

The export of chestnuts from Turkey will commence shortly. The harvest started last week and one exporter is having a higher demand this year. Even though COVID-19 affects the whole industry, demand is still good overall. The exporter aims to export more chestnuts this year.

According to Yigit Gokyigit, marketing coordinator for Turkish fresh fruit exporter Alanar, the volumes and quality of the chestnuts will be in a good place: “Turkey will start the export its world famous Marron variety of chestnuts by the end of this week, as we’ve been harvesting since last week. We expect to head into a regular season, as demand is good enough and the quality and taste are both good. Production level should be similar to what we had last year for chestnuts, however we’re not sure will happen in the market, as the coronavirus will probably have an impact on the market. What this impact will look like and to what extend it will affect us, is not really known. Demand could go up or down, we’ll simply have to wait and see. We export the chestnuts until January and we’ll just have to hope demand remains stable throughout the season.” 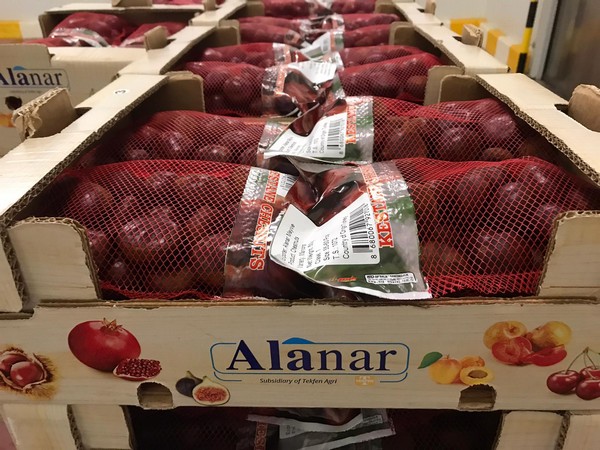 Alanar focuses on the European market with its chestnuts, although they’re seeing more demand from Middle-Eastern countries as well. “At the moment we’re seeing a lot of inquiries from Germany and Italy, but demand is just as good in other territories as well, such as England, Middle-Eastern countries and Canada. England is actually quite an important market for us. Luckily, no matter what happens in terms of Brexit, we won’t feel much of a difference as we’re not included in the European Union,” Gokyigit explains. “There’s also demand for chestnuts in Asian countries, however China also produces a lot of chestnuts as well. Their produce is cheaper and thus it’s hard to compete. However, I have heard that the Chinese chestnut is not as tasty as the Turkish or European counterparts.”

Gokyigit states that they’ll have better prices this year than they could offer last season. The price-drop can be explained by the over all lesser demand for the product globally due to COVID-19 effect: “This year, the prices for Turkish chestnuts are a lot more competitive than they were last season. Demand is slightly less than it was last year, which is probably the biggest reason for the price drop. I don’t expect big changes in the price, as the chestnut season is quite short, and the prices are usually quite stable. That’s not to say changes are not possible, but changes are usually very marginal.”

“Our goal for this season is to increase our sales once again. Alanar started exporting chestnuts 4 years ago and every year we’ve managed to grow in the sector. The Turkish chestnut is as good as the Italian or Portuguese chestnut, but we still need to create more awareness for this fact, so both consumers and traders know the Turkish chestnut is a good option for them. Despite the challenges that come with the pandemic, like lower demand, we will still aim for higher sales. The effect of lockdowns is not clear yet, but we’re ready to give it our all!” Gokyigit concludes.