Two families united by the shared loss of a loved one will kick off a campaign at Coles to help find a cure for patients diagnosed with blood cancers. The partnership between Flavorite, Coles and Maddie Riewoldt’s Vision is set to raise a total of $500,000 to help fight bone marrow failure syndromes.

Maddie’s Month is a collaboration established by Flavorite in 2016 by Mark Millis, co-founder of Flavorite, who battled blood cancer and personally understood the urgent need for supporting medical research in this field.

The aim of the partnership is to create a legacy from the Millis and Riewoldt families to fund discovery work for bone marrow failure patients in Australia and around the world. Sadly, both Mark Millis and Maddie Riewoldt didn’t survive and this has motivated the families to come together to fight. 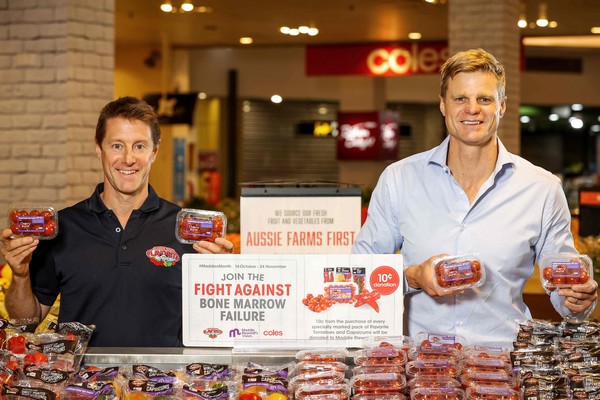 Australians can show their support for Maddie Riewoldt’s Vision by buying specially-marked packs of Flavorite cherry tomatoes and capsicums at Coles supermarkets. For every pack sold until 24 November, 10 cents will go toward helping to find a cure for bone marrow failure syndromes.

Maddie Riewoldt’s Vision co-founder and chairman Nick Riewoldt said the support from Flavorite and Coles would raise much-needed funds to help patients in the future: “Our families know what it is like to lose someone you love, so together we are fighting towards a cure for Bone Marrow Failure Syndromes. These generous donations raised from the Maddie’s Month campaign will help fund discovery work for bone marrow failure patients in Australia and around the world.”

Flavorite Farm Manager Chris Millis said this year’s campaign took on even more significance after the passing of his father last year.
“My dad, Mark Millis, started the Maddie’s Month campaign with Coles and Maddie Riewoldt’s Vision in 2016 to raise much needed funds to find a cure for Bone Marrow Failure Syndromes. Sadly, we lost him last year after his fight with blood cancer, although, his fight and spirit lives on in us and he’d be so proud that we are continuing to support such a great cause,” he said. 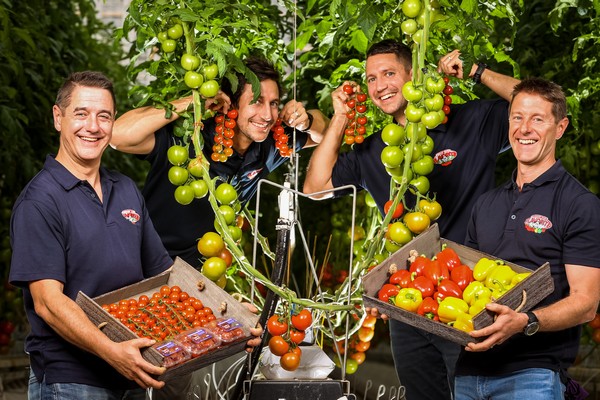 Coles General Manager of Fresh Produce, Craig Taylor, encouraged shoppers to support Maddie Riewoldt’s Vision by buying specially-marked packs of cherry tomatoes and capsicums at Coles. “Flavorite is one of our long-standing supply partners which grows delicious tomatoes and capsicums. By buying their specially-marked packs until 24 November, shoppers can also support an important cause,” he said.

To date, the vital funds connected to the campaign driven by Flavorite and Coles have resulted in the establishment of a Fellowship at the Peter MacCallum Cancer Institute. This work has been scientifically
published and has been significant in the advancement of Bone Marrow Transplants. This year, funds raised will support the launch of a nationally and globally needed project, the Australian Bone Marrow Failure Biobank.