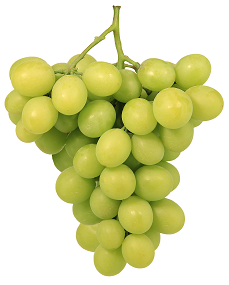 The latest vine census of the South African table grape industry indicates that over the past year, a quarter of South Africa’s Thompson Seedless vineyards were removed.

At the same time, plantings of the Sugrathirtyfive variety, marketed under the AUTUMNCRISP® brand, rose by 20%.

Among mid-season green cultivars, AUTUMNCRISP is a good replacement for Thompson, despite the difference of three weeks in ripening.

The South African table grape industry has taken a liking to AUTUMNCRISP. Introduced in 2013, by 2017 the variety wasn’t even yet on the list of the top twenty most planted table grape varieties in South Africa. Now it is in seventh place.

AUTUMNCRISP is currently the third most grafted and thus planted table grape cultivar in South Africa.

Dirk Burger, Sun World’s Licensing Manager South Africa, says that AUTUMNCRISP’s almost “perfect” bunch structure goes some way to explaining the cultivar’s attraction. Its berries, not too loosely nor too tightly spaced, reduces the necessity of bunch manipulation and labour costs. The cultivar is less prone to berry split or loose berries than Thompson. Many AUTUMNCRISP vineyards in South Africa are under netting.

The fertile cultivar’s inherent tendency towards large berries, which additionally reduces or eliminates the necessity of growth regulators, is a boon in the marketplace.

“The large berry opens up marketing possibilities. It is a good cultivar for the Far East but also in the UK and EU, not necessarily large berry markets but they like AUTUMNCRISP.” 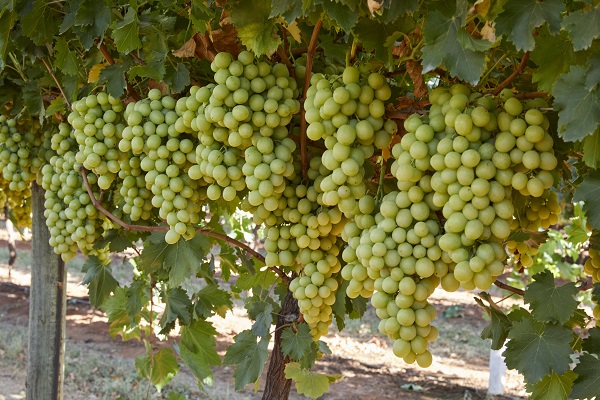 AUTUMNCRISP in the vineyard (photos supplied by Sun World)

Hex River identified for further AUTUMNCRISP expansion
The current supply plan for AUTUMNCRISP in South Africa is believed to meet the needs of most customers throughout Europe, the UK, Asia and North America although Sun World continually reassesses the allocated surface area it has planned for the important mid-to-late season proprietary green grape.

“Initially the variety was widely planted in all of the table grape production areas, with most vineyards in the Lower Berg River region (Piketberg, Porterville), followed by the Hex River and thirdly the Orange River. Until now, fewer vines were planted in Limpopo, a region that has potential for AUTUMNCRISP because of its early time slot that overlaps with Peru.”

“In the Hex River, there is definitely still space to plant more AUTUMNCRISP because we believe it competes very well against Thompson grapes from India. The peaks are currently during weeks 5 to 8, and thereafter it drops off quickly.”

The earliest AUTUMNCRISP ripen in week 52 in Limpopo, followed by the Orange River the following week, where it’s harvested until week 5, at which time the Western Cape’s AUTUMNCRISP normally start. 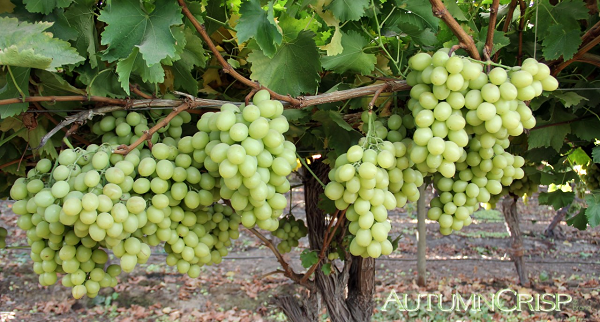 “We are very conscious of avoiding situations of oversupply during certain time slots and therefore we actively manage global plantings using supply and demand analysis to protect our licensees' high returns and create opportunities for growth,” he adds.

Dirk notes that the one drawback of AUTUMNCRISP is its high fertility, which can lead the producer into the temptation of allowing too many bunches to develop.

“Producers shouldn’t be greedy – the vines can’t adequately care for too many bunches and quality problems develop. A producer has to walk a fine line. We usually advise starting with 6,000 4,5 kg cartons of class 1 fruit per hectare, and from there a producer can adjust."

He continues: "Some of our producers do take off 8,000 cartons of good quality fruit per hectare, which is a function of a good balance between growth and production, coupled with good management.”