Heavy rains recorded a few days ago in the Spanish Region of Valencia, especially in the coastal regions, have caused more than 62 million Euro in losses, taking into account crop losses, the extra costs of treatments to save the trees and the repairs of damaged infrastructures, according to a first assessment from the Valencian Association of Agricultural Producers (AVA-ASAJA). 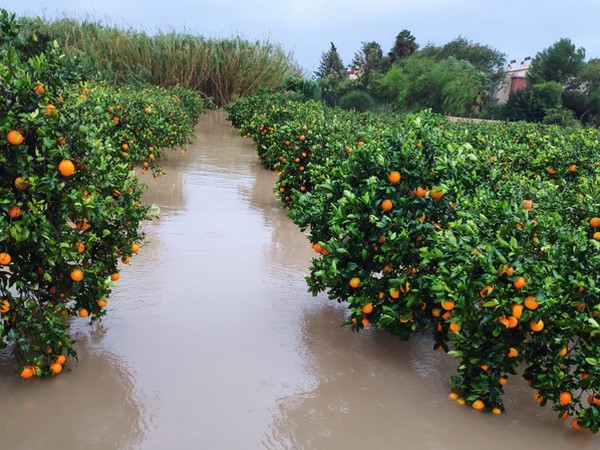 The losses from production damages alone amount to 42 million Euro, mainly in the counties of La Ribera, L’Horta Sud, La Safor and La Marina. Citrus fruits are the most affected crop, with some 15,000 hectares affected and 20 million fruits that will not reach the markets. As for kakis, whose harvesting season is underway, there are 4,000 hectares seriously damaged and losses amount to around 12 million Euro. Moreover, 1,000 hectares devoted to seasonal vegetables, both in the open ground and in greenhouses, have been destroyed with an economic impact of 6 million Euro. Lastly, the nurseries of ornamental plants and flowers, which have had 100 hectares hit by the storm, estimate their losses at 4 million, and this follows the impact of COVID-19 on the market. 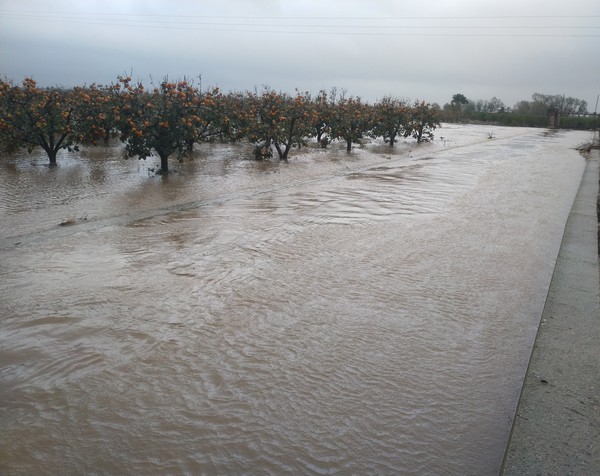 Besides the loss of these productions, AVA-ASAJA estimates that 5 million Euro will have to be spent by producers in fungicide and revitalizing treatments in order to salvage the next season and even the life of the trees. The agrarian organization warns that if citrus and kaki fields remain flooded for several days, there may be irreversible damage caused by root asphyxia.

As far as agricultural infrastructures are concerned, AVA-ASAJA estimates the extra costs needed to repair roads, pipelines, greenhouses, warehouses or irrigation facilities at 15 million Euro. In total, AVA-ASAJA believes that 62 million Euro will be needed, but the actual extent of the damages will likely be observed in about fifteen days, so it does not rule out this figure increasing to 80 million. 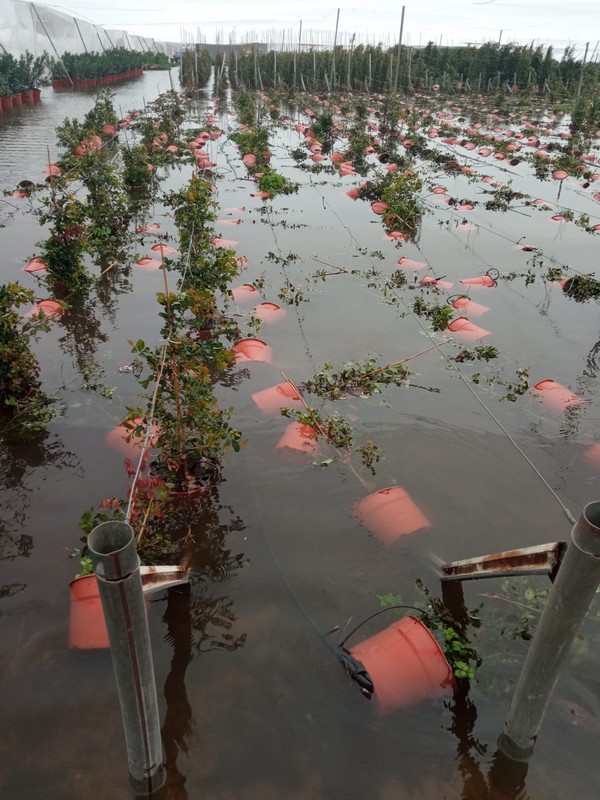 AVA-ASAJA has asked Agroseguro to expedite the appraisals of the affected fields and the payment of the corresponding compensation, as many agricultural producers are undercapitalized to undertake the necessary actions on the crops and infrastructure of their farms.

The association is also asking the Council of Agriculture to implement a special line of aid to allow producers in the most affected areas to cover part of the losses. As for the Ministry of Agriculture, the organization is asking for reduction of the Rustic IBI, the cancellation of social security contributions and a zero module in the next income declaration.