Nishiuwa is one of Ehime's mikan-producing regions and its semi-seedless citrus species of oranges is known for its good balance of rich and sweet flavors, its easy-to-peel thin skin as well as its melt-in-the-mouth texture. 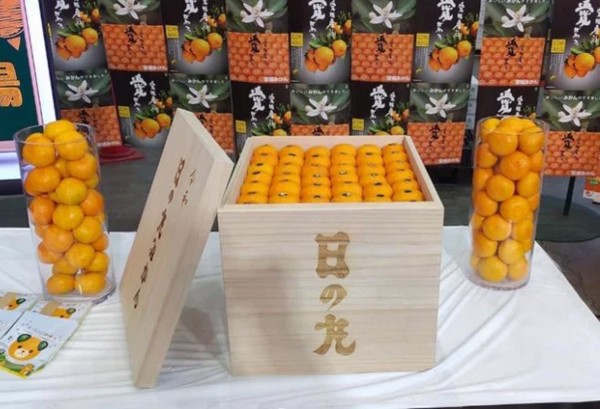 The high bid at Thursday's auction was considered "a very celebratory price" to mark the beginning of Japan's mikan season, according to a representative of Nishiuwa agricultural association.

"Since the quality of the fruit of each year is evaluated at the first auction, it will greatly affect the subsequent sales," Asai says. "The first auction is very important for the fruit industry."

The typical price of this type of high-end mandarin orange is usually around JPY7,800 (or $75) for 10 kilograms.

It wasn't the first time the sweet mandarins fetched such a staggering price in an auction -- the highest bidding price last year was also in the million range. But considering the negative impact in the economy because of Covid-19, we were surprised and also delighted that it was auctioned off for one million yen," says Asai.