What can be expected from the ITC Section 201 Investigation on blueberries?

On September 29th, 2020, the United States Trade Representative (USTR) requested that the International Trade Commission (ITC) initiate a safeguard action on imports of fresh, chilled, and frozen blueberries. The American Frozen Food Institute and the United States Highbush Blueberry Council hosted a webinar this week with staff members of the ITC to help explain the process of a 201 Investigation.

Alison Boder, who is the President and CEO of AFFI, moderated the webinar and shared: “Both USHBC and AFFI remain neutral on the pending 201 investigation, but we felt it would be valuable to learn more about this type of investigation and what we can expect.” Three members of the ITC explained the process and the possible outcomes of the investigation. 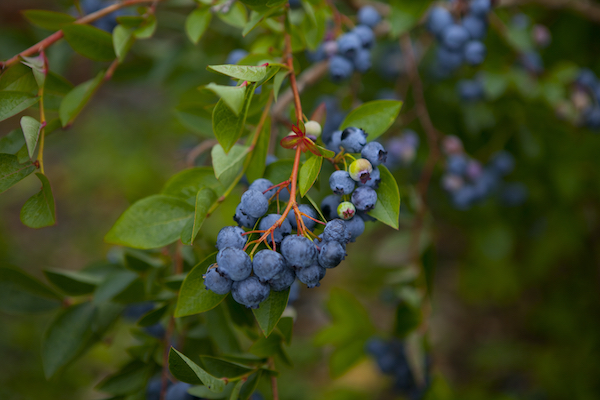 “In a Global Safeguard Investigation, the ITC conducts an investigation to determine whether or not an article is being imported into the United States in such increased quantities as to be a substantial cause of serious injury, or a threat of a serious injury, to a domestic industry. If the Commission makes an affirmative injury determination, they recommend to the President of the United States the action that they believe will facilitate a positive adjustment of the domestic industry to the import competition. The President makes the final decision on whether or not a remedy will be put into place, and what that remedy will be, based on the recommendations of the Commission in the case that an affirmative injury determination is made,” Corkran explains.

The investigation process
Currently, the ITC is gathering the information needed for the investigation. Jordan Harriman, an investigator at the ITC, shares: “We gather data from multiple sources, such as import statistics, USDA data on blueberries, foreign or non-US production and shipment data, and then we also issue questionnaires to the industry. We’ll reach out to growers, freezers, major importers and major purchasers in the US, as well as major exporters and associated growers, primarily in Argentina, Canada, Chile, Mexico, and Peru for this investigation. It is also important to mention that Safeguard Investigations aren’t country specific; they look at imports from all sources. When or if an affirmative injury determination is made, then Commissioners will have to report findings for separate countries if those countries are part of Free Trade Agreements with the US.”

When the questionnaires have all been received, the ITC will have a month to process them, after which there will be a hearing. “In regard to the general timing of the investigation: the injury phase usually needs to be completed within 100 days of the request, unless the Commission determines that the issue is extraordinarily complicated – which it has for the blueberry investigation, so we now have 135 days to complete the injury phase. It is important to note that while the injury phase has been extended, the final report and remedy, in the case of an affirmative injury determination, still need to be submitted to the President 180 after the petition is filed,” Corkran adds.

The presidential election outcome
Among various audience questions was the question if the outcome of the presidential election might affect the investigation. “We have a statutory timetable for this case, and we will deliver the Commission’s decisions and any recommendations that they have to the White House within the allotted time. So, the election should not have an impact on the investigation,” Corkran explains.

Important dates
For the injury phase:

For the remedy phase (if affirmative injury is determined):

Remedies
The Commission can recommend a number of different remedies: an increase of duties, the imposition of a quota, a two-stage tariff (or tariff rate quota), trade adjustment assistance, or any combination of those, according to Corkran.

The President will have 60 days to make the decision on if a remedy will be implemented, and if so, what remedy will be implemented. “It is important to remember that the remedy, if applicable, will be temporary and that the initial period of relief cannot be longer than four years. It can be extended but the effective period of relief in total cannot exceed eight years,” Corkran concludes.