The European Commission has recognized Idai Nature for the international scope of its innovative products that combine productivity and environmental sustainability.

More than a hundred companies from all over Europe competed for this award. The finalists included multinationals such as L'Oreal and Heineken. 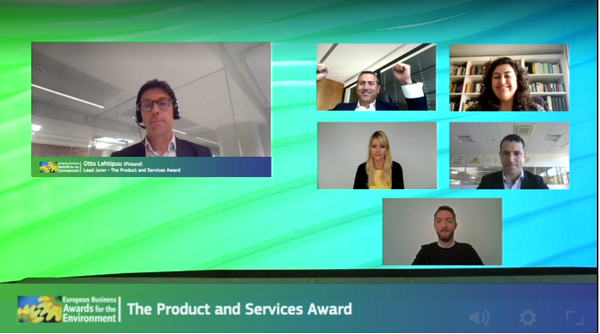 Idai Nature, which leads the Rovensa Group's biocontrol unit, is the first Spanish biotech company to achieve this award, which places it at the forefront of Europe's sustainability and green economy. The EC highlighted that the Valencian company received this award because it had achieved business success through the commercialization of products and services that make an outstanding contribution to sustainable development and environmental protection.

The European Commission, within its ambitious Green Deal and Farm2fork project, said Idai Nature was 'a rising star' on the European business scene because it had managed to stand out among more than a hundred candidatures, that included multinationals like L'Oreal or Heineken. The award ceremony took place on Tuesday, November 3 in Brussels within the framework of the 2020 European Circular Economy Conference. Carlos Ledo, the entrepreneur who founded the company in 2009, received the award.

“It is an honor for us to bring such an important award to Spain. It recognizes one of the values on which Idai Nature is based. We are convinced that being committed to the environment and sustainability is the only possible way to continue growing as a society. Knowing all our work is aimed at leaving a better world for our children is our greatest prize,” stressed Ledo during the ceremony.

It should be noted that, on October 28, Idai Nature was also the winner in the national section of these awards, organized by the Biodiversity Foundation, dependent on the Ministry for Ecological Transition. His Majesty King Felipe presented Carlos Ledó with the award for the best Spanish company in the most sustainable Product/Service category, which allowed him to represent Spain in Europe and opt for the European award that he has now collected.