Dr André Jooste, an agricultural economist who joined Potatoes South Africa eight years ago as chief executive officer, is leaving the organisation at the end of the month for personal reasons.

The chair of the Potatoes South Africa board, JF van der Merwe, has lauded him for his “exceptionally valuable” contribution to the organisation.

He continues: “Dr Jooste not only succeeded in making Potatoes SA a more dynamic organisation, but the rollover effect of his leadership is measurable across the potato industry and the broader agricultural sector. He played a big role in regulations that were amended during his term for the benefit of the potato industry.”

Commentators have mentioned Dr Jooste’s holistic approach to potatoes within a larger vegetable value chain and its development into one of South Africa’s foremost production organisations. Potatoes South Africa has a clear view of its importance within the context of a growing black middle class as well as the imperative to broaden its production base. 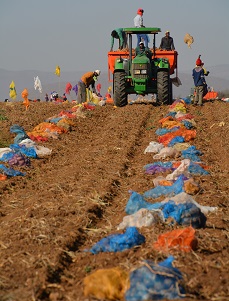 South African potato farmers have been achieving production yields of an average 47 tonnes per hectare, on par with the highest in the world.

Dr Jooste notes that there were several changes to the trading environment during his tenure, necessitating a recalibration of how the domestic industry protects itself against European processed potato imports, while simultaneously growing its own export footprint.

“The potato industry consists of resilient producers who ground their operations in extremely thorough planning and who approach each day strategically,” Dr Jooste says.

“Potato growers are directly involved in their marketing and their branding, across multiple marketing channels, which necessitate a deep understanding of their clients.” 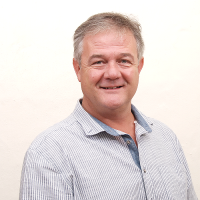 The portfolio of transformation has steadily come to the fore, and the organisation has spent more on the development and support of new black entrants to the potato industry than the statutory minimum, he notes.

During his term, PSA’s transformation policy shifted from a primary focus on the number of black farmers to the number of hectares under their production.

Partnerships with established potato farmers and other value chain stakeholders, including mentorship programmes, are of cardinal importance, he explains, and it results in a more effective employment of resources.

“I must again reiterate the importance of South Africa’s potato producers. They have been able to supply the country with sufficient potatoes each year at affordable prices, hence playing their rightful role in ensuring a food-secure nation,” Dr Jooste wrote in his regular foreword to the bimonthly magazine of the potato industry, CHIPS.

Various people in the South African fresh produce industry have expressed their hope that his admired expertise will not be lost to the industry.

The appointment process for a new chief executive officer has commenced.