An extremely powerful Hurricane Eta is battering Northeastern Nicaragua. “It is moving very slowly and as a result, the storm has already brought torrential rain to Nicaragua and Honduras,” says Andres Ocampo with HLB Specialties. The catastrophic Category 4 storm made landfall in Nicaragua on Tuesday afternoon, but already created significant logistical problems prior to making landfall. “Heavy rainfall from the past few days has impacted logistics and that’s what we’re most concerned about,” continued Ocampo. Although the full impact is unknown yet, roads and bridges may be lost. 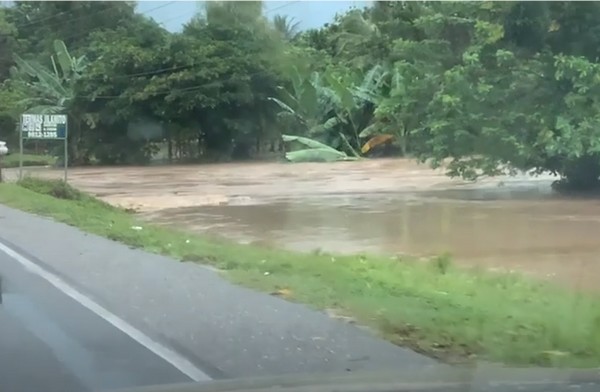 Rambutan supplies being threatened
This time of year, Honduras is the only source of rambutan for North America and under normal circumstances the season would have continued for another six weeks. “Right now, we will have to wait for the aftermath of the storm until the damage can be assessed,” mentioned Ocampo. “This week, we already had to cut orders as the logistics have been impacted, but it will probably take until the weekend before we can firmly assess the effect as the storm hasn’t fully hit the rambutan growing region yet. It’s already a mess and it is expected to continue raining until the end of the week.” Although logistics are the main concern right now, there is also uncertainty around production for the coming weeks. “We don’t know how much fruit the trees will lose due to the rain and wind. Ripe fruits will fall, and it could potentially be the end of the season.”

Rain may impact Guatemala’s papaya region
As the storm is moving so slowly, it is unclear the direction it will head into from Nicaragua. Initially, it was forecast to go into a northern and eastern direction, but that has changed more recently. According to the latest forecasts, it may track west, and potentially hit the northern part of Guatemala. “That’s the papaya growing region of the country,” said Ocampo. “The projection is that rain will get to Guatemala one way or another, but the question is how much rain will be dumped.” Papaya volumes have just started to rebound after the low season in September and the first half of October. “We are not sure how much rain the region will get, but it could saturate the soils and impact the plants. We should know more by Thursday,” finished Ocampo.

It is too early to tell if Florida or any part of the US Gulf Coast will be impacted by Eta.