Herbert Scholdei (Macalea LLC) at the start of the overseas season

"Marketing window for Brazilian grapes tends to get shorter"

overseas grape season is getting underway. The first arrivals from Brazil are expected soon, says Herbert Scholdei, Hamburg fruit importer and managing director of Macalea LLC & Co. "Corona-related problems in the production areas are complicating the start of the season in the early countries of Brazil and Namibia. Whether there will be more supplies afterwards is difficult to estimate at the moment."

Whether and to what extent the current situation will affect the price situation is uncertain as well. Scholdei: "Of course, this also depends in part on the European supply situation. Anything to do with European grapes traditionally ends quickly when it starts to rain. Normally, we would have seen rain already. I suspect that there will still be supplies from Europe in the coming weeks. Unfortunately, overseas goods cannot keep up with this in terms of price." 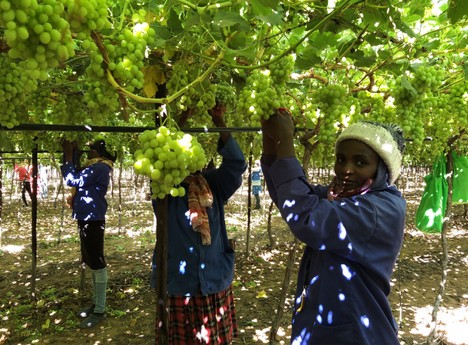 Namibian season tends to be early more often
The grape season in the southern hemisphere traditionally starts in Brazil, then switches to Namibian and South African batches. Then it continues successively with Argentina, India and finally - from the end of March - Egypt. "Due to the high quality requirements of the German retail trade, there are hardly any Chilean grapes on offer in this country. Instead, India has been on the market for a very long time and thus has the longest overseas season of about 10 weeks," explains Soldei.

Meanwhile, the Namibian season tends to be early more often now: "This means Brazil will only have a very short marketing window of some three weeks in the near future - from week 45 to 49, for example. Namibia will then dominate the supply until week 53. In contrast to the supply countries, there is a lot of movement on the market in terms of variety. "Everyone tries to cultivate rain-resistant varieties, which is why there is a large number of varieties that the customer no longer notices." 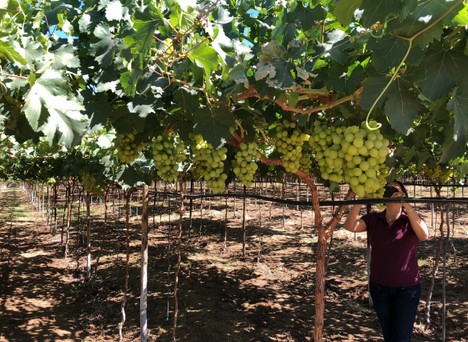 Mangos: High demand and satisfactory quotations
Macalea LLC& Co, founded in 2016, has specialized in the import of overseas fruits from the very beginning. Besides table grapes, mangos are also an important product pillar of the company. "Currently we offer Brazilian and Peruvian batches. The demand is very good and the market prices are satisfactory and stable."

According to Scholdei, the scarce airfreight situation at the beginning of the Corona pandemic has now also normalized somewhat. "Lufthansa as well as KLM have converted passenger aircraft to cargo aircraft, so the situation has eased again in the last three months."

New market opportunities in a changing market
Mangos are cultivated the last years also increasingly in Spain, knows also Soldei. "From my point of view, Spanish cultivation is not a threat to overseas goods, but it is rather positive. Because tree-ripened, tasty mangoes from Spain also open up the market for airfreighted mangoes from overseas, because consumers now know what a good mango should taste like. In the end one will also look for alternatives, since Spanish production is not anywhere near large enough to cover total consumption."