South Africa is expecting a challenging start to the table grape season because of the second COVID-19 wave, lower consumption and late Brazilian and Peruvian volumes.

Grape consumption isn’t brisk in Europe at the moment, says Francois Myburgh, marketing executive at Bet-el Fruits – quite the polar opposite to citrus’ performance, particularly as the last Valencias coincided with the second wave of COVID-19.

Early in their season South African grape exporters don’t have a lot of choices outside Europe. Most early varieties can’t stand the cold steri protocol required by the so-called special markets, notably China. South Africa can send limited white grapes to China when the season kicks off and only continue when hardy new white varieties like Autumn Crisp and Sweet Globe start.

Namibian Early Sweet from next week
The first grapes from their Namibian farm, Komsberg near Ariamsvlei, Early Sweet, will be harvested next week. Prime is expected to start in week 47. 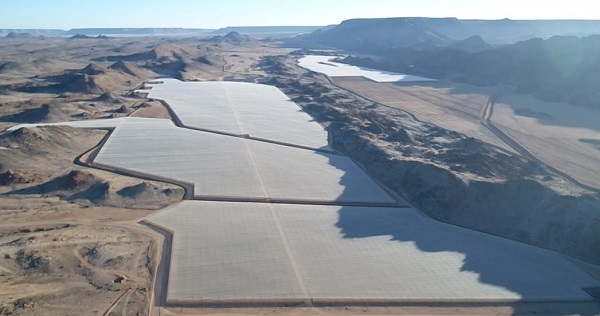 Their vineyards in Ariamsvlei, Namibia (photos supplied by Francois Myburgh)

They start off their production from their Namibian operation, supplemented by cartons from South Africa’s Northern Regions and finally production from Trawal, in the Olifant’s River Valley and the Hex River of the Western Cape.

“Grapes in Europe aren’t moving as they should due to lockdown restrictions currently in place. Fruit from Brazil and Peru are available in the market as well as the last part of the European crop.”

He expects Russia to receive a bit more fruit earlier than usual this season due to the pressure on the European market. There will be a focus on fixed price markets, he says. 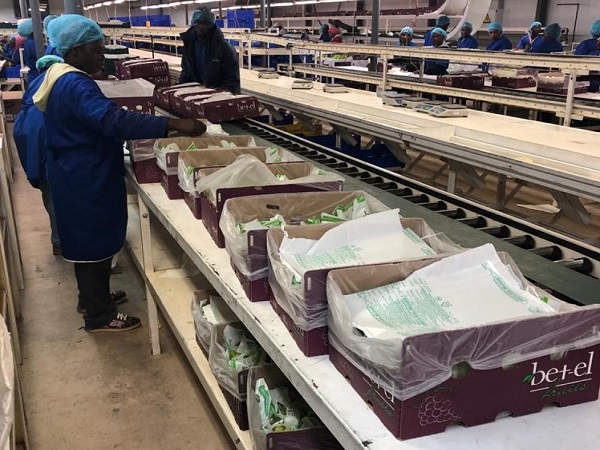 Only top-quality grapes will achieve good sales this year
Canada and China will be their other major grape destinations.

Canada’s transit time is long, thirty days or more, requiring a strong grape. The early grapes from South Africa’s Northern Provinces are harvested in the rainy season which can reduce its shelf life.

“The wholesale market will not be able to operate at normal sales levels and exporters will have to be very sure of the quality of the grapes they’re sending out,” he cautions.

“Last year there was a bit of leeway but this year South African exporters will have to deliver only top-quality grapes to achieve good sales in the market.”