Imports crowd South African garlic out of the marketplace

The South African garlic season is kicking off but the local market is flooded by imported garlic.

Sales volumes on local markets have dropped drastically during October and one local garlic producer reports a 70% plunge in sales from September to October, at the very moment when local sales are supposed to be on the increase.

Retailers confirm that consumer demand for garlic is still substantially higher than the pre-Covid level, but local growers say they’re struggling to develop their market share against the surge of imported product. 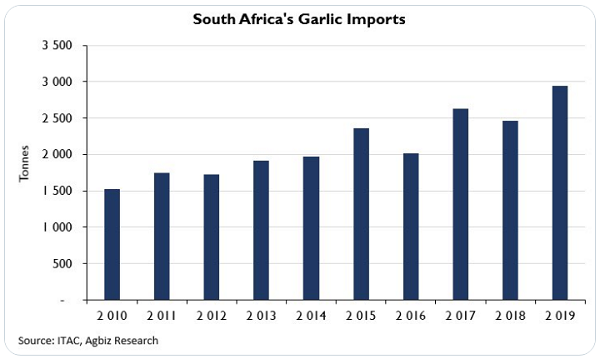 “We are caught in a vice because we’re struggling against imports – our season is now starting but containers with garlic are still arriving,” says Corrie Bezuidenhout, chairperson of the South African Garlic Growers Association. The local season of Egyptian White and Egyptian Pink runs from September to May every year.

South African garlic is competitive on price with imported garlic, he says, but local production is getting swamped by the arrivals which have been providing some retailers with the 12-month supply they’re after. 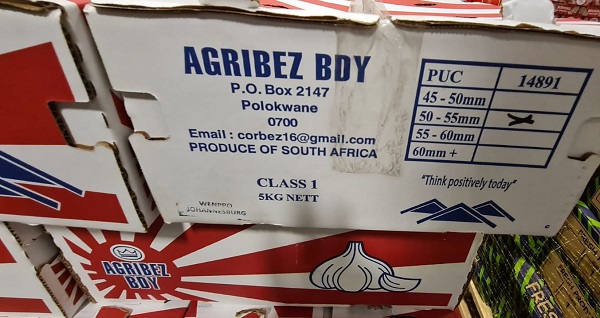 “We’re sitting with a crop that we can’t sell,” he adds. Many local farmers are lured into the industry by high garlic prices, but producing top quality garlic, especially at a grower’s first attempt, is not easy. He maintains that it takes a few seasons to develop into a producer of quality garlic.

The labour-intensive crop grows for seven to eight months, followed by a drying period.

“Growers get discouraged from growing the crop when they can’t move their volumes. South African growers aren’t being given the room to develop and improve. It takes some years to really get to know the crop and the marketing channels.” 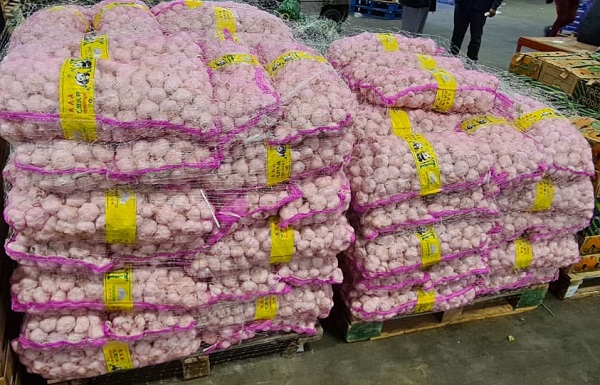 According to a garlic trader at the Johannesburg wholesale market, South African garlic has a stronger flavour than Chinese or Spanish garlic, but the cloves are not as large.

Imported garlic is subject to normal import levies, and in the case of China, an anti-dumping levy. Imported garlic has to be irradiated before it is presented to the trade to sell to consumers, a fact that is meant to be conveyed. Local garlic should last longer, and it doesn’t need to be irriadiated. 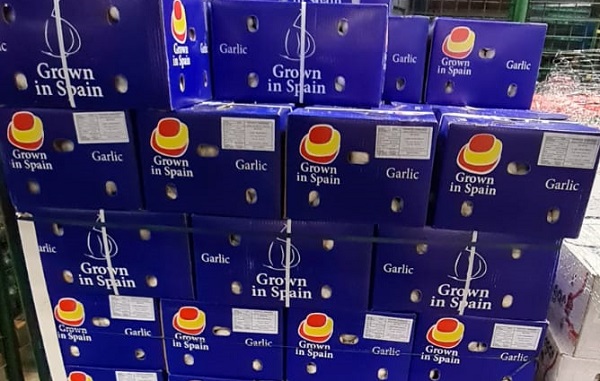 Garlic imports to South Africa have doubled over the past decade

Mixed efforts from retailers to support local garlic
One big retailer tells FreshPlaza they buy domestically-produced garlic “when the quality is right”, for the rest they’re import-reliant.

Another retailer, Woolworths, supports local garlic growers (without a fixed ratio between local and imported garlic) and says it switches to locally-produced garlic this time of the year, until April.

“We will supplement whole garlic with imported garlic during the winter months. Local garlic is used for our crushed products up until June,“ the company states. They note that garlic demand has settled on a new base, compared to pre-Covid levels. 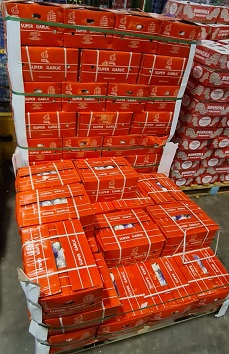 “We saw prices of R700 [43 euros] to R800 [49 euro] a box, honestly unprecedented prices. We couldn’t keep up with demand and there was an expectation that the trend would last, so there were extra orders for garlic from Spain and China.”