As southern Africa is preparing for the rainy season, people are fearing a new locust infestation. This year, a similar plague swept through East Africa. Namibia, Botswana, Zimbabwe, Zambia and most recently Angola have already been affected.

Experience of the locust plague in East Africa has shown that both regional cooperation and finances are lacking, making it even more difficult to stop the insatiable swarms.

As Zimbabwean farmers prepare to plant their crops ahead of the November rainy season, newly hatched locusts are lying in wait. This means the already strained humanitarian situation in Zimbabwe is likely to get even worse. 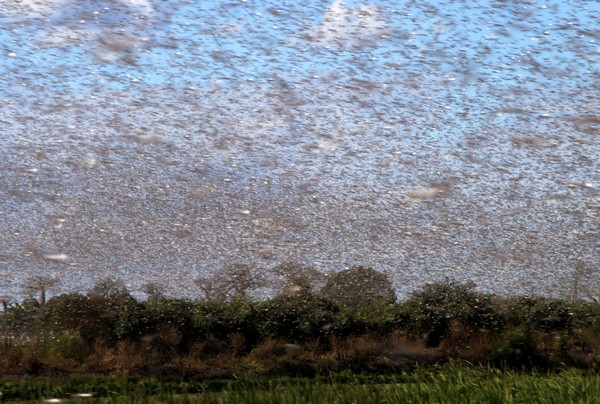 "The harvests in May were bad," Regina Feindt from the German NGO Welthungerhilfe told DW from Zimbabwe. "The country has been going through a two-year long drought, and the economy is on its knees. The Ministry of Agriculture does not have enough insecticides and has already asked us if we can deliver these.”

Meanwhile in neighboring Zambia, the locust infestation has spiralled. The FAO emergency plan involves Zambia and affected neighboring countries identifying and monitoring hotspots better. This includes killing the locusts before they can gather in swarms.

According to an article on dw.com, the FAO has made technology and funds available so that the locust swarms can be subdued with chemicals. However, topping-up stocks of insecticide remains a major challenge.