Pictures of the Indian floods have been shown on many news outlets, but these floods are not unusual for India. Heavy rains during the monsoon season replenish the water supply of the Indians, although it brings destruction along with it. The fruit industry is not affected as much though, as fruit markets are still opened. The Indian consumer is looking towards the future with a fruit they think is going to be a big hit; the avocado.

Saurabh Tanwar, CEO of Fruitways Chile, has seen demand from Indian consumers shift when it comes to apples. Normally the Polish apples are a big hit in the country, but due to worse quality and higher prices, importers are looking elsewhere: “The season is running well so far. For now, more Indian fruits are on the market. For example, Shimla apples are finished now and Kashmir apples are available throughout the country. This year the demand from India has changed, we have seen the effect on the markets already. For a number of reasons, Poland is no longer the popular target when it comes to import. For one, the quality of the apples is worse than it was last season, as well as the prices going up.” 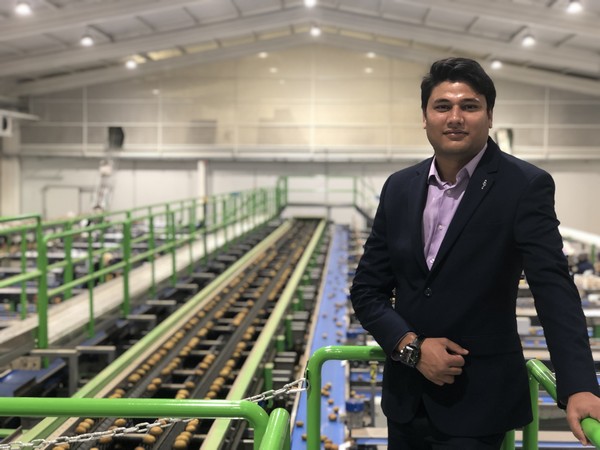 With the Polish apples not being as attractive for traders as they used to, Turkey has stepped in to provide a better deal, Tanwar explains. “The price change means we can now get a better deal on Turkish apples for the import to India while being able to offer shorter transit time. As India is now also able to get produce from Serbia, we have a lot of alternatives to the high prices of Poland. Poland also has not been able to start exporting to India, their hope is to start export by the 15th or 25th of November. If we compared the prices and a forecast for the future: Turkey Gala: 17 USD / 18 USD – Serbia: 19 USD / 19.50 USD – Poland: 20.5 USD / 21 USD – Italy: 21 USD.”

Tanward has noticed a sudden increase in popularity when it comes to avocados, which consumers see as the fruit of the future: “Other than apples, this year Fruitways has seen a significant increase in demand for avocado in India. Once the Chilean kiwi season ended, avocado became popular, as many consumers in India are convinced that avocado will be the fruit of the future. Although Chilean production for avocado was lower this year, demand for them was actually quite high. Soon the cherries from Chile will start and by December every Indian importer will be looking for sources in order to import the cherries.” 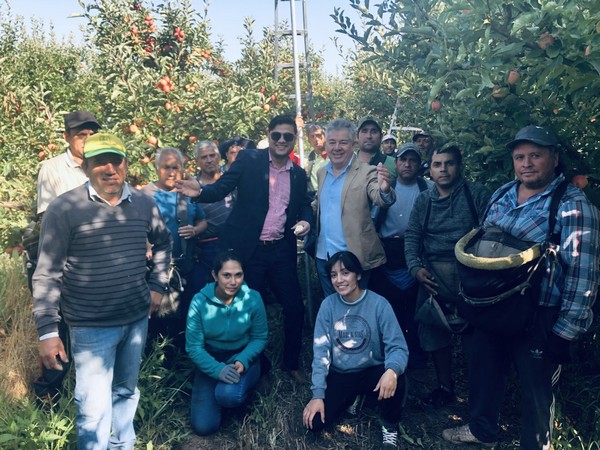 Although a lot of images are shown in various news outlets of destruction due to floods, Tanwar claims this is not breaking news in India, as they have to seal with floods every year. “There were indeed floods in India in the month of August. In the world it becomes breaking news, but for India it’s rather common. We face floods every year in general, which are usually caused by heavy rainfall during the monsoon season. India is generally affected by monsoon rains between June and September and while it is crucial to replenishing water supplies, the heavy rain fall also often results in death and destruction every year. However it does not have an effect on the fresh produce and fruit markets, as our venture Fruitways India and our clients are running as normal.”

With the pandemic, multiple countries have been in lockdown for large parts of 2020. For India this was no different, but Tanwar states that the fruit and vegetable industry has never stopped going. In fact, more investments were done in this sector than before: “Indian has seen the biggest lockdown in the history, even when compared to other nations. This has resulted in the Indian economy shrinking by 23.9 per cent, as business had to be closed during the lockdown. The fresh produce industry, however, was just about the only industry that kept going and thus was not as heavily affected as other industries. We’ve even seen some significant investments in the fresh produce industry, from companies that normally would invest in textiles and technology. If anyone had any doubts about the fresh produce being a healthy, multitrillion dollar industry, the pandemic certainly proved them wrong. No matter what the world has to endure, people will always need to eat.”

“Fruitways is a very young venture that has a foothold in Chile, Poland and India. We are trying to leave a mark in the fresh produce industry, on the other hand as new lockdown has introduced in Europe if gives us more new challenges into business and we are surviving. But as Fruitways we are very happy with our decision for the expansions and investments in Chile. We may soon start our operations in Chile with the strong alliance we have built. Fruitways in Chile can not only obtain apples and Kiwi, we’re also adding cherries and avocado to our offer. Not just for the Indian market, but the European market as well, if everything goes as planned. We’ll soon be able to share more about our planning and investments in Chile.” Tanwar concludes.