Although India is the second-largest onion producer in the world, prices have been on a steady rise owing to heavy rainfall in some states and poor storage facilities in others. Kalyani Shinde is an engineering graduate, who was born and raised in Lasalgaon, home to Asia’s largest onion market. She is trying to change that situation through her with her startup, Godaam. Godaam offers technology-based solutions to prevent onion wastage at the warehouse level.

“With Godaam, we aim to convert traditional warehouses into smart warehouses by installing sensors that can track micro climatic changes and help farmers identify any stock spoilage at an early stage,” says Kalyani. 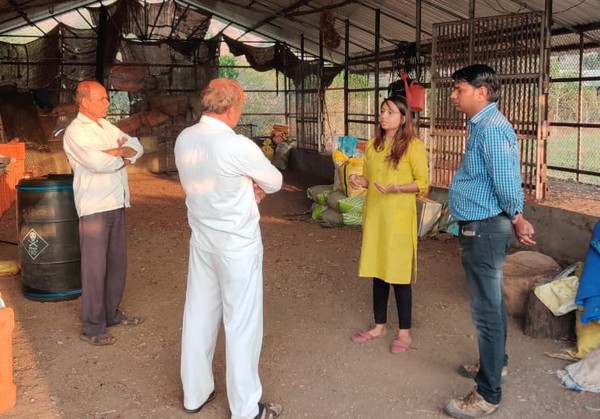 Kalyani Shinde, the founder of Godaam.

When Shinde was studying computer science engineering, in her final year, she had the opportunity to submit a project that outlined the issues a farmer cultivating onion faces, and provide technology-based solutions.

After doing some initial research, she realised the problem lies in storage. After the harvest, onions are usually stored in warehouses for a period of six to eight months. This when spoilage takes place. Kalyani noticed that when a farmer stores 10 kg of onions, around 40-50% of it rots.

“In January 2018, the project was picked up by Digital Impact Square, A TCS Foundation initiative, which also provided me with a team to develop the technology. The team and I spent the first three months doing ground research and interacting with farmers located around Nashik to understand the problems they faced,” says Kalyani.

To help the farmers identity spoilage at an early stage, and monitor their crop health at the warehouse, Kalyani and her team started to work on a technology that can identify microclimatic changes within the storage unit and alert the farmer if it was unsuitable for the crop. The sensor would be placed among the onions to collect real-time data about the humidity levels and other predetermined criteria. It will also notify the farmer when the crop starts to spoil.

“Leveraging ‘Internet of Things’ technology, the sensors can pick up the kind of gases released by the onions. When it spoils, there is a spike in certain gases and sulphides. This real-time data can notify the farmer and help him identify which pile of onions are spoiling,” says Kalyani.