Fourteen months ago, after having been a part of Campbell’s for seven years, Jeff Dunn took back charge over Bolthouse Farms. In the past fourteen months, the company has returned to its roots as well as adding new dimensions with a portfolio of plant-based foods. “‘Plants Powering People’ has been our new mantra since we took the company back over,” Dunn says. “It has been a natural evolution for us. Historically, Bolthouse has been in the produce business with our carrots and our juice, but we were looking to bring more value to our products. So, we went from the whole carrots to baby carrots, and then to shredded carrots. Now, our newly announced Wunderoots line is a natural extension of that,” he says. 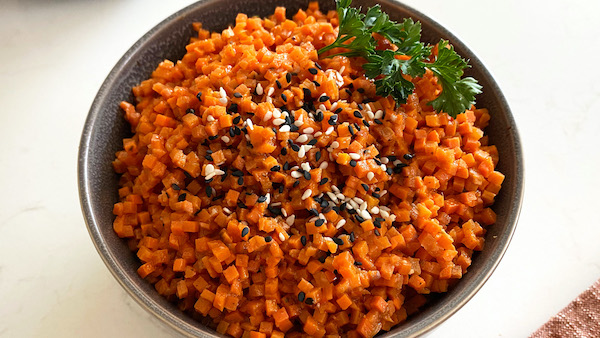 Wunderoots: Carrot fettuccine, riced carrot and carrot ‘hot dogs’
The Wunderoots line from Bolthouse Farms was announced this month and will be in stores in the spring of 2021. The line includes Carrot Fettuccine kits and Riced Carrot kits, which will each have three sauce options, as well as Carrot Dogs, which will be available in three flavors. The kits fit in well with Bolthouse’s existing carrot production: “We didn’t have to expand our carrot supplies to make these kits; it’s all about the variety of carrot that is used. We grow carrots that will be bagged and sold whole, but we also grow carrots that will be made into baby carrots, for example. For the hot dogs, too, we’re growing a specific variety that lends itself well to the way it will be shaped. All of the by-products that are created from the shaping are used for other things, like carrot juice, juice concentrate, or fiber even that are made from the peels, so there is no waste: we utilize 100% of the carrot,” Dunn says.

The line’s release in the spring is strategically planned, Dunn shares. “We usually have new product releases twice a year: in the spring and in the fall. This year, everything was slowed down a bit because of the pandemic, but the spring release for Wunderoots should work out well. Because they’re ‘swaps,’ we’ll bring them into traditional ‘hot dog occasions’ like baseball games, for example, and give people the opportunity to try the Carrot Dogs. The main goal is to just give them another option, which still has the same flavors but is a much healthier, plant-based version. We’ll have our national release straightaway, we won’t test-market it. We want consumers everywhere to tell us what they think, so it’ll be a ubiquitous release,” he explains. 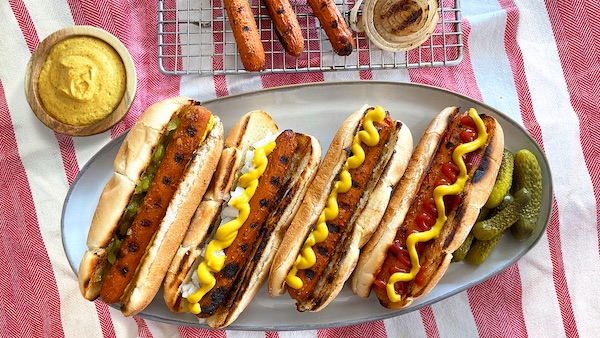 Plant-based products gain ground with consumers
Bolthouse Farms new plant-based portfolio also includes a Protein Keto beverage line and Plant-Based Refrigerated Dressings, which were released earlier this year. The inspiration for the plant-based products came from consumer research, which showed that people want to incorporate more plants into their diets. “The increased incorporation of plants into our diets is happening across the board. No matter what your diet is, everyone knows they should be eating more vegetables, both for their own health as well as for the health of the planet,” Dunn explains. “Our products, while most of them are fully vegan, are aimed at a ‘flexitarian’ lifestyle. We wanted to find new ways to use plants and make it easier for the consumer to incorporate them into their daily diets,” he adds.

Due to their healthy and immunity boosting qualities, the company’s entire product line saw accelerated growth during the pandemic. “Everyone is looking to not only increase their general health but also to boost their immune systems,” Dunn says. “While the pandemic has accelerated the growth of this trend, I do believe that it will remain important in the long-term and that the demand will continue to grow on a steeper trajectory.”

The popularity of plant-based foods is not limited to certain groups of people, either, but demand can be seen across the board. “It is attitudinal, more than anything else. Demand comes from every generation, and while millennials really led the movement, older consumers are also looking to increase their health, and now the younger generations are following the lead too. We’re going for an incremental approach with the ‘swaps’ concept, meat swaps and carb swaps, giving people the option to make healthy changes in their diets when and where they want to. We are consumer product people and farmers, and we know that helping people become healthier is about more than just putting a carrot on their plates; it’s really about making it exciting for people,” says Dunn. 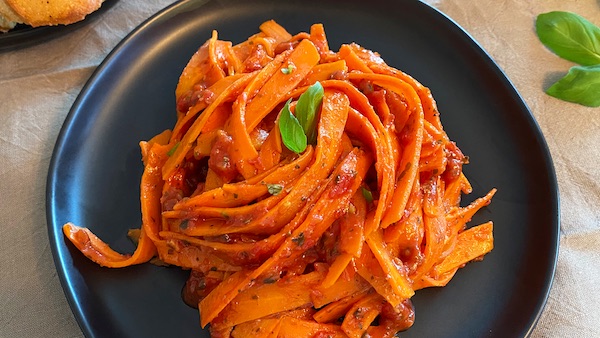 More innovation on the way
While the Wunderoots line has only recently been announced and hasn’t even hit stores yet, the Bolthouse team is already working on their next innovations. “With everything being slowed down because of the pandemic, I’d say that our Research and Development team is kind of pent up because we haven’t been able to get as much out as usual. But we already have a next generation of products lined up to extend this line. There will be a continuous pipeline of new and innovative products, and I’d say that we are going to have a huge 2020 and 2021,” Dunn concludes.