Reefer containers filled with fruit arrive by ship at Cool Port I in Waalhaven, Rotterdam. The pallets are removed, and in future, the reefers will be loaded with frozen French fries. The pallets will then immediately be sent back by barge to the Maasvlakte. By the beginning of 2020, these fries should come from the new high-rise refrigerated warehouse, Cool Port II. The process will be fully automated. 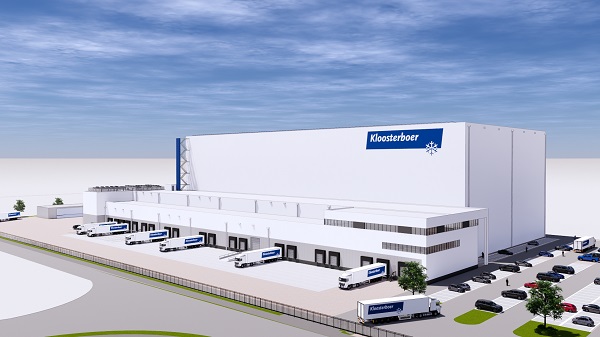 Cool Port I
It's mostly overseas fruit that arrives at Cool Port I. These are destined for the European market. "We mainly get fruit from the southern hemisphere," says Derek-Jan van Rees. "As everyone knows, fruit import seasons often have several peaks throughout the year. The new frozen goods storage facility will remain at the same level all year long."

"People then wonder how we'll match the number of empty reefers to that of fries export. We're not concerned. We'll not have too few containers in the Waalhaven to efficiently refill with chips. Those will come from Cool Port II, the fully automated cold store. After all, several regions' grape seasons follow the South African citrus season. Those grapes come from Brazil, South Africa, South America, and India."

"Year-round products like avocados, mangos, limes, and pineapples supplement that. So, we're sure to get our volumes throughout the year. There's a slight, albeit limited, increase in grape and citrus arrivals from other countries too. These include Egypt and Turkey. But, those countries can also use road transport. We focus primarily on sea-freight container traffic," explains Derek-Jan.

When it comes to refilling these reefer containers, Derek-Jan, however, doesn't expect to be able to provide 100% return shipments. "When it comes to the reefer containers, we're bound to the shipping companies. Nevertheless, we're always on top of things when it comes to offloading. That's thanks to our location. Several important shipping companies are based in Rotterdam. But the main focus is on the unloading done with the barge to Maasvlakte. That takes many trucks off the road between Waalhaven and Maasvlakte. We already use this mode of transport a lot."

Cool Port II
Now on to Kloosterboer's construction of the frozen goods warehouse in Waalhaven. The building plans for this 'machine', as Wilko Scholtens of Kloosterboer calls it, began this summer. "We will automate everything within this new high-rise freezing warehouse. You could consider it an enormous logistics machine. It will have robotic cranes driving on rails that place the pallets with no employee involvement." This building will not be the first of its kind, though.

Kloosterboer has constructed other state-of-the-art refrigerated warehouses such as this. These are on the Maasvlakte, and in France, Sweden, and Lelystad, the Netherlands. At these locations, several major companies have committed themselves as the largest clients. These include McCain in Lelystad and Farm Frites on the Maasvlakte. "Despite these large clients, these remain, above all, public cold stores." The new Cool Port II location will be primarily intended for Lamb-Weston/Meijer products.

As mentioned, Kloosterboer hopes to improve its efficiency with these adjacent Cool Ports. The imported fruit will be unloaded from the reefers arriving at Cool Port I. The containers will then be filled with processed potato products from Cool Port II. Yet Wilko sees more advantages to this location. "Manufacturers can deliver their products much more easily to this location. It saves going the 40km to the Deepsea terminals in the Maasvlakte."

"What's more, here we load the containers onto a barge. That means we also take a lot of freight traffic off the road around the area. Cool Port II isn't only beneficial for French fries exports. The location is attractive to clients who import containers of other frozen goods too. They might want to unload them quickly and are looking for pallet distribution from Rotterdam. The cold store is also well suited for the distribution of frozen goods to retailers. It has good sorting and picking possibilities."

However, the main intermodal issue remains with transportation from Cool Port II to the terminals on the Maasvlakte. Most of this is still done by truck. "That's actually for the simple reason that the entire process from the factory to our storage facility is fully automated," says Scholtens. "Goods are automatically loaded into trailers via a chain conveyor belt."

"It's unloaded automatically too. No-one touches the pallets until they go into the container. We can, indeed, bring the frozen fries to our location with a barge. But that's totally ineffective at the short distance between the factory and the planned Cool Port II. The containers will then have to be loaded and offloaded manually." 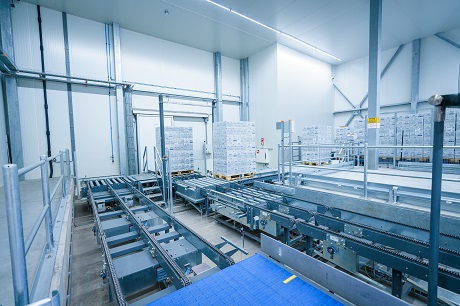 Because of this full automation, Wilko has to laugh when asked how many docks the Cool Port II will sport. "Everyone always wants to count docks. And when we say we'll have 15, that seems far too few. People forget that these processes are fully automated. That means we can empty a truck in 15 minutes. That's pretty fast."

Wilko points out that this location isn't intended for the long-term storage of frozen products. "You have to think of storage of a few weeks here, certainly not months. We've invested in a refrigerated warehouse where there's a lot of movement. So, it has a high product turnover. It would be a shame to store processed potatoes there for a long time. All that movement is what makes us efficient."

As with Cool Port I, Cool Port II will operate on time slots for shipment collection. "We can set up the orders in our automated areas. That's even before the driver arrives," says Wilko. "That's especially useful for complicated loads such as those for a groupage trip. Then the pallets have to be loaded into the truck in a specific order. The robot can prepare all these pallets and send them to be expedited for loading onto the trucks." 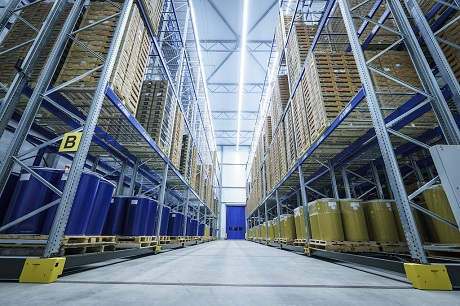 Sustainability
Cool Port I meets BREAAM 'Outstanding' standards. That's the highest achievable sustainability category. That's also Kloosterboer's goal for Cool Port II. "Cool Port I derives its energy from the solar panels on its roof," says Derek-Jan. "On the sunniest summer days, we're completely self-sufficient. But we need more capacity on those days too because it's warmer."

Kloosterboer will fit Cool Port II with solar panels too. It's going to be 35 to 45% more energy-efficient than conventional cold stores. The reason for this is quite simple. "Heat rises, and the higher you go, the less of an issue it becomes," explains Wilco. "So, we'll soon be able to cool efficiently at the new location. What's more, the storage facility will be hermetically sealed."

"It will, therefore, retain the cold while not allowing in any heat. The pallets go in and out through several locks." Wilko has a tip for the engineers who might have to solve some problems in this automated warehouse in the future. "There's no such thing as cold, only ineffective clothing," he says. Cool Port II's construction leaves sufficient space for the next phase - Cool Port III.