“Prices for Turkish kiwis should be similar to past seasons”

The Turkish kiwi season is in full swing and demand seems to be strong at the moment. According to one Turkish exporter, the hot weather did lead to slightly smaller sizes than last year. However, as the pandemic is still among us, consumers still look for fruits that are rich in vitamin C.

Tumen Tarim is a fresh fruit and vegetable supplier and exporter based in Turkey. Kerem Tumen is the export manager for the company, which has just started its kiwi season. According to him, there’s high demand, but smaller sizes this season: “We supply many type of Fruits, kiwi being one of them. In fact, our company was the first kiwi supplier in Turkey and we’ve been in the business since 1990. The new kiwi season has just started, and we see high demand. This year, the weather has continued to be hot and as a result the harvest will be larger than previous years. The hot weather has also had an impact on the sizes of the kiwis, which are slightly smaller than in earlier seasons. However the average size is still looking good.” 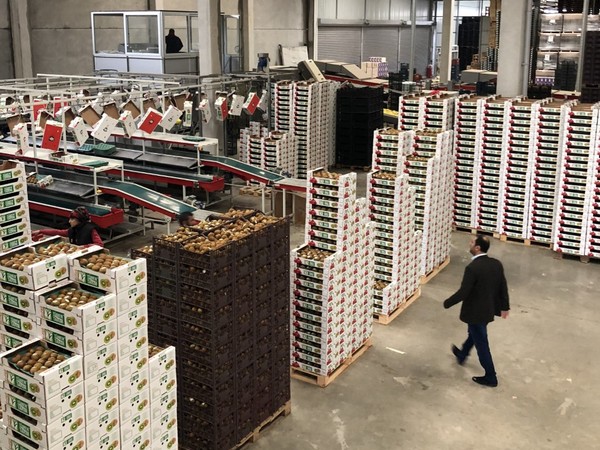 Although Tumen Tarim mostly has clients in Europe, Tumen states they’d like to get a solid foothold in the Far Eastern markets as well, this season. “As demand is higher this year, we expect an increase in our export volumes this season as well. The main market for our kiwis is in Europe, but we also export the fruits to Russia, the Middle East and countries in North Africa. For the season, our aim is to enter markets in the Far East, while also increasing our export volumes to Europe. Prices for kiwis should be similar to past seasons.”

“Our expectation is that the current kiwi season will be a good season for us. The product is great for storing in the winter, so we’ll be able to supply them for a long time. As kiwi is rich in vitamin C, it is a specifically wanted fruit by consumers during the rough times of the coronavirus. It’s a healthy and tasty fruit, and even during these challenging times we will continue to supply the best quality of Turkish kiwis, thanks to our 30 years of experience.”