"Despite Corona, we were able to offer a complete range of bananas throughout"

In addition to conventional bananas, organic, fair trade and organic fair trade batches have been increasingly popular with consumers in recent years. Demeter bananas are also developing into an increasingly important market niche in the German trade. Hamburg import company Direct Fresh has set itself the goal of further promoting these overseas fruits -of Demeter quality- and it has been offering a full range of bananas for a year now.

Since the company was founded in 2013, both conventional and organic bananas have formed its core competence. "Initially, we sold considerably more conventional goods, but over the years the market conditions have changed. Not because the demand for conventional bananas has decreased, but because economically grown bananas are much more in the focus of consumers," says Felix Stamer, who is responsible for banana sales at the company. 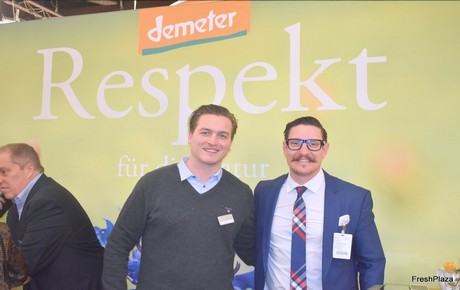 Need for information at the PoS
In addition to the positive development of organic bananas, the Fairtrade label is becoming increasingly popular with consumers as well. Stamer: "Organic Fairtrade goods are becoming more and more popular in the trade, but in my opinion, Fairtrade products still have room to grow in the conventional sector as well." In general, the topic of sustainability is coming more and more to the fore, especially in the banana sector. "Sustainable is not necessarily 'organic'. You can also act sustainably without offering organic products. Long-term partnerships and a fair pricing policy are also part of it."

It is important to explain the differences between the labels to the consumer. "On the other hand, many good things are already being done, for example with QR codes. I am also of the opinion that awareness of sustainability is increasing, especially among the younger generation. The appreciation for sustainable production is also increasing on the part of retailers. "There is price protection for fair trade bananas. Such a price protection - in whatever form - would also be desirable for other bananas." 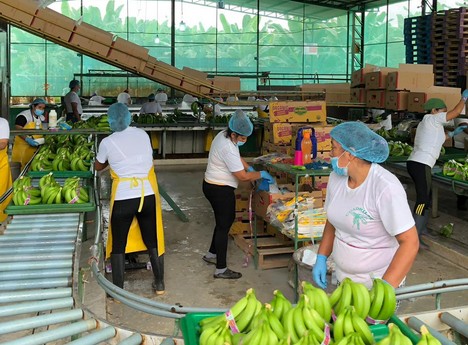 At the beginning of the crisis, demand for bananas was generally high, but from July onwards it gradually dropped again. Currently, the demand is at a healthy level.

Constant flow of Demeter bananas
Bananas with the Demeter label are the latest focal point of Direct Fresh, now rounding off the full range of bananas. "In addition to Demeter bananas from Ecuador, which we have offered since 2019, we have now been able to expand our supplier network to include goods from the Dominican Republic. We want to offer Demeter goods to the trade all year round. As a medium-sized enterprise, we in particular can score on the market with Demeter bananas of high and consistent quality".

In these times of Corona there was also a lot of uncertainty in the banana supply chain. "At the beginning of the crisis even our producers did not know whether the work in the plantations could continue as usual. However, this was surprisingly well under control, so that we were able to supply bananas in the entire range without any loss of quality. We were also able to have all the necessary audits carried out successfully despite all the adversities. We have optimized the work processes both at the source and here in sales. So that we now know how to handle a second wave." 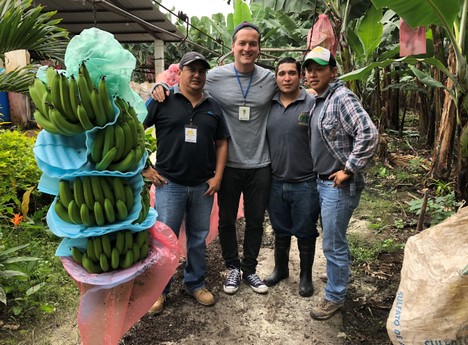 Further marketing potential
In addition to the domestic market, Direct Fresh serves a growing grocery store customer base in Central and Eastern Europe. "The consciousness for organic and Fairtrade goods is sometimes still missing with some consumers. Therefore, we want to grow together with the market. But, as it did in Germany, we believe that the market share will gradually increase over the long basis."