"Good quality chestnuts should be sold without any trouble"

With the arrival of autumn, the chestnut campaign kicks off in the southeast of Cáceres, in Las Villuercas. There, in the municipality of Guadalupe, the season is in full swing for the company Castañas El Común, which is about to harvest one of the late varieties in Spain, which accounts for the bulk of the campaign's volume. 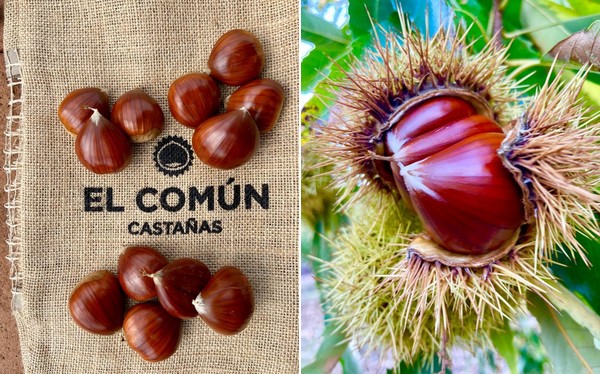 “We started on September 30,” says Rocío Vázquez, the company's commercial director, “although our campaign is divided into two periods. The first starts at the end of September / beginning of October with an early chestnut variety, and we continue at the end of October with the late-ripening Verata variety. In fact, we reach our peak in November, when other varieties have already finished being harvested in Spain, because the Verata is one of the latest in the Iberian Peninsula.”

This year, the season is marked by the challenges generated by the coronavirus pandemic, at a time when its spread in Europe is making it necessary to implement increasingly strict measures to control the number of infections. The limitation of social contacts, curfews and the suspension of fairs and events are affecting the sale of a product normally highly consumed at this time, when it starts to get cold. 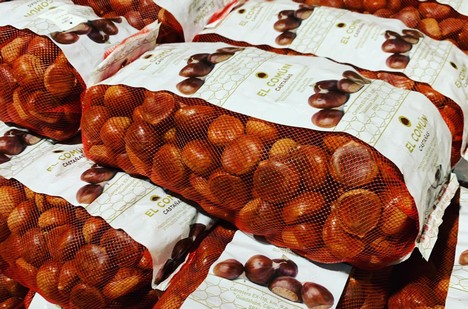 “Many chestnut roasters have been wondering whether to open or not. Those who do it on the street are very uncertain, because nobody knows whether there will be another lockdown. For now, they are selling at their stalls, although at a different rate than in other years,” says Rocío. "As for the markets, sales are also slower; people don't want to stock up too much."

However, the company has managed to adapt to the new context and, after the lockdown in Spain in March, it decided to open a new sales channel to be able to offer its products to consumers directly from the field. “A few weeks ago, we opened our online store. It is a new way to deliver our product directly from the field to consumers. We pick the chestnuts one day and the next day, after handling them, sterilizing them and selecting them by hand, we send them fresh,” he says.

This season, the Extremadura-based company plans to harvest 500,000 kilos of chestnuts from its 250 hectares of chestnut trees. These will be sold both in the domestic market and in Europe, as well as in overseas destinations such as Canada or the Middle East. “We have trees of different ages. When all the trees reach their peak in terms of production, we will obtain around 800,000 to a million kilos. That is our goal,” says Rocío. "Until then, every time we need more product we'll keep buying it from the surroundings or from other producing areas of Spain and Portugal. 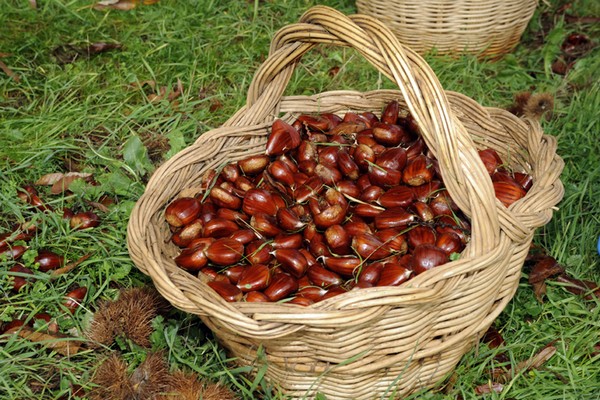 The chestnuts in El Común will soon start falling to the ground and it will be possible to harvest them. The harvesting is done by hand and this generates plenty of employment for the region. However, El Común is studying the introduction of mechanical harvesters to speed up the process and avoid the loss of quality by minimizing the time the fruits spend on the ground.

“The fruit of the Castenea sativa trees is a chestnut with more flavor, that is peeled easily and which has a great reputation in the markets. The difference is in the price, because the Chinese chestnut is much more affordable, but it does not have the same quality,” she says. "In fact, even though this is a more difficult campaign than normal, I think that good quality chestnuts will be sold easily," she says.