There’s a healthy demand for apples in the European market, as multiple countries had to deal with difficulties like frosts or hail. Although this did lead to damages in the apples for quite a few of the Polish regions, quantities will still be higher than they were last year.

Jan Nowakowski, manager of Polish apple exporter Genesis Fresh, says the Polish apple season had a positive start. Although volumes are lower than they could have been, due to the weather conditions, they’re still higher than last season: “The season started off well, in terms of volumes the harvest is larger than it was last year. The early spring and late spring frosts did damage the crop and volumes this season, but regardless we’ll have a lot more apples this year compared to last year. Next to the frost we also experienced some hail storms in both the spring and the summer, which also caused damages to apples in specific regions. This means that overall the quality varies depending on the region, but we’re satisfied with the prospects of the current season.” 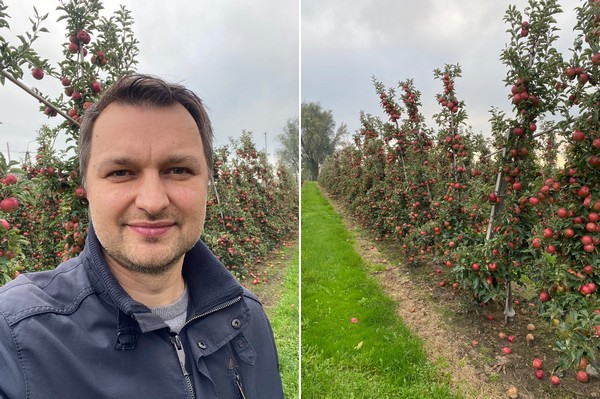 As there are lesser quantities of apples available in the European market, demand is quite good. Nowakowski says non-European markets are picking up in terms of demand as well: “The hail and frost means we’ll have more apples for the industry, but since the volumes overall are bigger as well, we also have more apples destined for export. This is positive, as the demand is quite strong at this time. Poland isn’t the only country that had to deal with frosts, so there are fewer apples available in the European market. This means demand for Polish apples is good, but demand in other markets like Asia and Africa is also picking up already.”

As always, the Idared is proving to be the most popular apple in the Polish domestic apples, but according to Nowakowski the Golden varieties are gaining popularity with the Polish consumer: “The Royal Gala variety is growing in popularity, both for export and for the domestic market in Poland. We still have lots of Idared apples, which is the most popular variety in Poland. We’ve also seen a good interest in Jonagold and Golden apples this season. Due to Covid-19 and uncertainty of the market, the domestic market sees a good demand for fruit in general, in order to stay healthy. This is a good trend for not only apples, but general fruit and vegetable consumption in Poland.” He concludes.