One of Australia's major apple producers is hoping the rest of the industry follows its lead, after releasing one-kilogram eco-friendly punnets.

"Previously, we packed a 1kg Plastic Punnet with Flow Wrap," he said. "Now we are in a position to pack the Eco-Friendly Cardboard punnet straight off the packing line, where it goes through the check-weigher, labeller then palletised for the market. So, it is a much simpler process for us. Although the packaging is far more expensive – there is some labour saving in the packing shed as we no longer need to process through the wrapping machine. It has been really well received by consumers and the independent sector, whether it be through social media, or the website, saying that it is good that someone has taken the plunge (into cardboard packaging)." 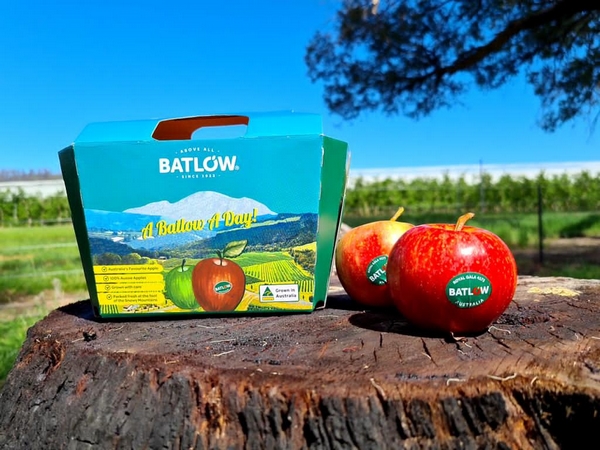 In just one week, the company has packed over 17,000 units of the 1kg apple packs, which are available at Harris Farm, Independent Greengrocers and selected IGA stores in New South Wales, Victoria and Queensland.

"We are hoping that other businesses in the pome fruit industry in Australia are able to follow suit, and really drive the no-plastic movement," Mr Rositano said. "I think the consumers are at the stage now where they are asking for it and we have had a lot of pressure to drop the amount of plastic. In saying that, the consumers are the ones actually taking the time out to reach out and say this is fantastic." 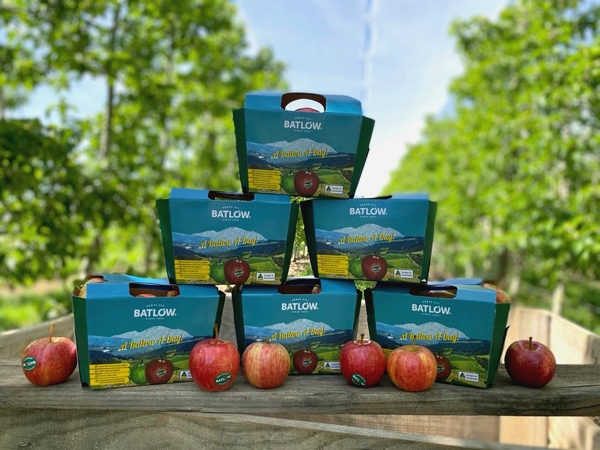 The punnets are one of the last steps from Batlow to remove plastic entirely from the company, with Mr Rositano noting the only other forms of packaging is the cardboard trays and cartons. While he says the new packs do not impact the quality of the fruit.

"The new punnet does not affect freshness. It's the same premium apples that were previously going into the plastic punnet, only just that it not fully sealed now. But there are no issues with freshness whatsoever," he said. "We are hoping that the apple industry as a whole gets behind this and really drives this positive change. We have found it to be a positive part of our business and we can sense that it will also be good for the industry as a whole." 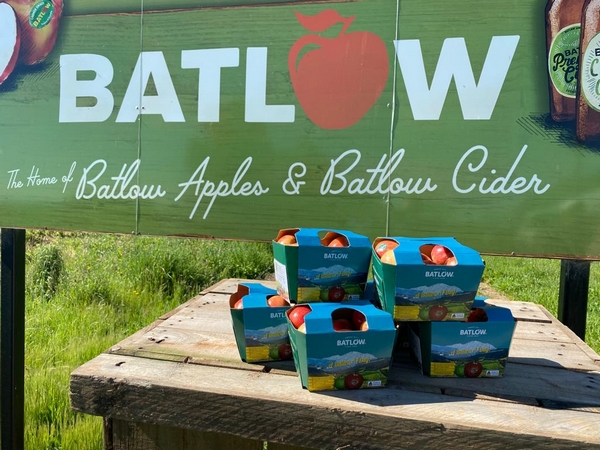 Production-wise, the company's location in Batlow was impacted by the severe bushfires that swept through the region in January. While Mr Rositano admits that it did have an effect on production, it is expected the crops will be recovered by the next harvest season, in the autumn.

"The bushfires had a major effect on the industry," Mr Rositano said. "Not only through the burnt orchard, but also damaged irrigation, machinery and storage sheds. That meant we couldn't irrigate the apples for around 2-3 weeks after the fire had gone through until those lines were replaced. Packouts have been lower, and our production is down around 30 per cent, or maybe more, on previous years. Quality did vary, which was to be expected. The Batlow district and its growers are resilient and will bounce back stronger than ever. The crop that is present for next season is looking very positive. We have had plenty of rain recently and the dams are full. So, it is looking like a bumper crop."