Meijer Potato is 100 - that’s something to time to consider. But, not for too long - the Meijer family is looking ahead. After all, you can’t change the past; the future is what counts. In the present, you can make slight adjustments. That’s exactly how it works with the art of potato breeding. 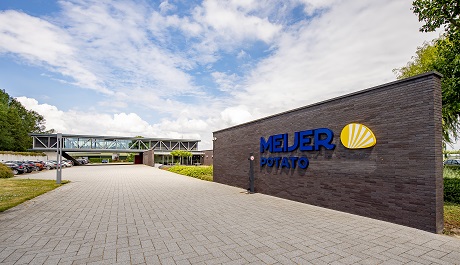 Headoffice of Meijer Potatoes in Rilland

Kees (Cornelis) Meijer senior started his Dutch potato company in 1920. At that time, it was still focused on trading. Over the years, he also started sorting and packing. In the 1980s, the company decided to venture into potato breeding as well. That culminated with the Lady Rosetta. It was introduced to the market in 1990. That left them wanting more. And in 2005, the company decided to commit itself to potato breeding fully. They stopped packing small packages of potatoes for the supermarkets.

A short history
Potatoes have been bred in the Netherlands since 1888. Back then, small-scale farmers first crossed potato varieties. In the 70s, breeding became more interesting for large companies. That was due to more specialization. The Seeds and Planting Materials Act of 1967 was also introduced. That established property rights for the breeding of varieties. That made it much more attractive for companies to build their own portfolios.

Despite its history, there's still much to discover in the world of potato breeding. “The potato is a complex crop. It has four sets of chromosomes (4x12) and thousands of unknown genes,” says Meijer Potato’s Director Erika den Daas, at the company’s head office in Rilland, the Netherlands. “So, we’re only at beginning of the voyage of discovery into all the possibilities potatoes can offer. But, there aren’t only opportunities."

"There are also many threats to the potato, and that makes our work essential. With so many unknown genes, you inevitably have to deal with tubers that carry diseases. We, therefore, have to look at creating resistant varieties. The climate also makes it challenging to grow potatoes. They must be suitable to grow in a dry, hot climate, And they must tolerate soil with high saline content. Potatoes’ potential is, therefore, incorporated in our new motto - Building on Potential.” 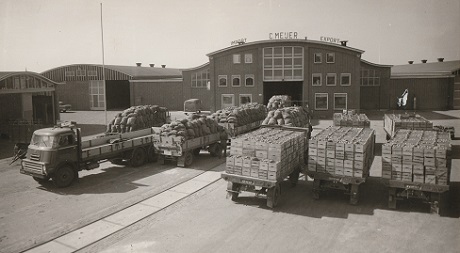 Diverse market
Meijer Potato focuses on two market segments - breeding potatoes for the chip and fry processing factories and table potatoes. “The latter, in particular, is very diverse. Different markets all have different demands. Think of the color of the skin and the potato. In the United Kingdom, for example, people like white fleshy potatoes; in Germany, they like yellow fleshy potatoes," Erika explains.

"And in the Netherlands, it’s back in the middle. Then you can choose between firm, crumbly, round, oval, smooth or rough skin, etc. There’s a big difference in how potatoes are used in dishes too. From Surinamese Roti to Indonesian meatballs and from Dutch stew to Rösti. That’s why Meijer Potato also decided to focus fully on breeding. And our mission is 'Everybody deserves to enjoy food'.”

After that first Lady Rosetta variety, more varieties followed. “Our processing industry potato varieties are all named ‘Lady’. When it comes to consumer potatoes, they have names related to music, like Jazzy, Melody, and Musica. The Lady Christl, which is a table potato, is the exception. Recently, Meijer Potato introduced new varieties like the Acoustic, Sound, Lady Jane, and Lady Alicia," Den Daas says.

"This was delayed due to the PSTV-d affair in 2014. A disease was found at our company. At that time, we had to stop many of our programs. We lost two years of work. In retrospect, we came out of that crisis stronger. We rearranged and accelerated our entire R&D program. The results are now reflected in the new candidate varieties.”

The jazzy is characterized by ease and speed

It takes about ten years to breed a potato. It’s a relay race between numerous genetically different candidate varieties from targeted hybrids. “Looking ahead is essential when it comes to breeding," Erika continues. "You must be able to distinguish the trends from the hype. Take, for example, our Jazzy potato. This is more of a baby potato that can also be grown in a larger size. This potato’s skin is thin, so you don’t have to peel it. It takes 10-12 minutes to cook."

"That's significantly less than with other varieties. That’s the convenience and speed consumers are looking for nowadays. Peeling potatoes takes a lot of time. That’s also one of the reasons why consumption is decreasing in Europe. When we breed potatoes, we always bear in mind that the variety must have added value. It must be able to distinguish itself from what's already available on the market. We don’t follow other companies’ trends, wanting to say, ‘We have that too’. That’s our strength.” 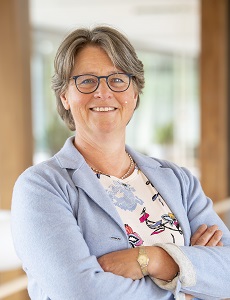 There’s a tendency in the potato breeding world to switch from seedling potatoes to seeds. Meijer Potato is following these developments. But, for now, the company’s still focused on the use of seed potatoes. “With hybrid potato seeds, you usually have to deal with diploid breeding. In this, you use two sets of chromosomes instead of all four. In practice, that makes it much easier to breed in a more targeted way. "There's, however, a question. " Erika says.

"Can get the same yield from those seeds as from seedling potatoes? There’s also still a lot of uncertainty about what the best DNA carrier is. Is it the tuber, the cutting, or the seed itself? That’s still unclear, so seeds are still cultivated for consumption. You can do this from seedling potatoes themselves too. These two questions haven’t yet been clearly answered for us. That’s why we continue to focus mainly on seed potatoes.”

But seeds have two advantages over traditional seedling potatoes - transportation costs and disease transmission. “Transportation is, indeed, a major advantage. Instead of using a container, you can send a bag of seed. That saves a lot of space," the director says.  "However, I’m not convinced seeds have a lower chance of transmitting diseases. After all, there’s still a chance that the seeds can transmit new diseases."

"That’s also the case with tomato and bell pepper seeds. This is, therefore, a major challenge in diploid breeding with seed as starting material. We’re also working hard to limit the phytosanitary risks in seed potatoes. In addition to breeding, it’s also about targeted cultivation and storage hygiene. That’s another challenge. The number of substances used to guarantee this hygiene is decreasing. That’s due to the high demands placed on the potatoes.”

Balance
What's the perfect potato breed? What's the ideal to which to strive? “It’s all about finding the right balance. That’s in the choices you make during the selection process. Could you provide added value to a potato in every step of the potato value chain? From the seed potato grower to the consumer. You can only achieve that by having a good insight into the chain and potatoes’ DNA. You must, however, always keep in mind that every plus on our list of criteria will also have a minus. Potatoes that store well will probably be more difficult to germinate,” Erika concludes.