“We’re changing our harvesting plans according to current weather conditions”

The weather has made harvesting pomegranates in some Turkish regions more difficult. The season already started about two weeks later than normal, but harvesting has been more challenging due to the rainy weather. Volumes and quality seem to be on a satisfactory level though, so one exporter is looking forward to a good season.

The start of the pomegranate harvest in Turkey is different per region. For Hatipoglu Tarim harvest was delayed by two weeks, export specialist Cihan Kocar explains: “We started to harvest later this year because of bad weather conditions. Normally we would’ve begun harvesting around the 5th of October, but this year we weren’t able to start until the 19th of October. Although the season was delayed by two weeks, the pomegranates that are now being harvested have good quality and a very nice taste to them. In the little time we’ve had since the start, four trucks and two containers of pomegranates have already been sent out.” 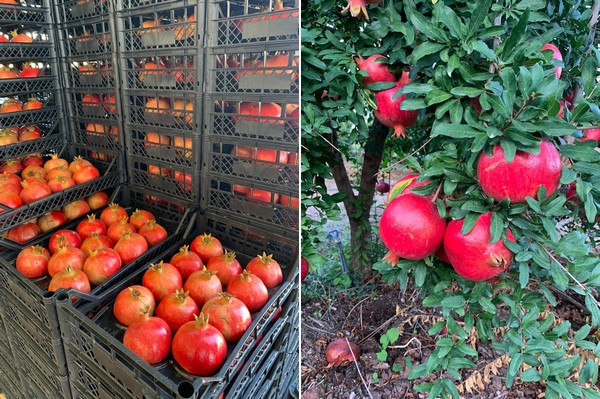 According to Kocar, Hatipoglu Tarim will have 10% more volumes compared to last season and should completely finish harvesting in just a few weeks from now: “We plan to harvest approximately 2000 tons for this year. Last year we harvested 1800 tons, but after the season we acquired another supplier, which will benefit us in the export to Europe and Middle Eastern countries. The fact that harvest was delayed was a challenge, as well as weather conditions during harvesting. The rain has made harvest more difficult, and therefore we’re changing our harvesting plans according to the current weather conditions. According to our schedule we will finish harvesting in less than three weeks from now.” 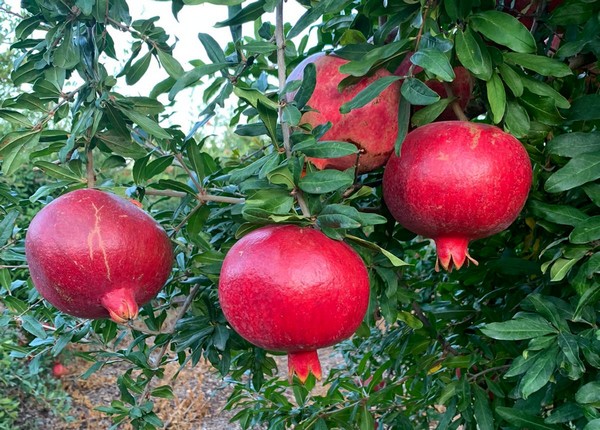 Although the Turkish exporter mostly focuses on Europe, it has hopes to get a solid foothold in new markets this season as well, Kocar says. “Our most important market is the European market, as we ship about 1000 trucks with fresh fruits and vegetables there on a yearly basis. However, we’re trying to enter the Middle-Eastern markets via sea-routes. European countries demand mainly Turkish peppers and other vegetables. Also they want pomegranates, quince, pumpkin, grapes and pears. But the Middle Eastern countries want fruit products only, like pomegranates, grapes and pears.” 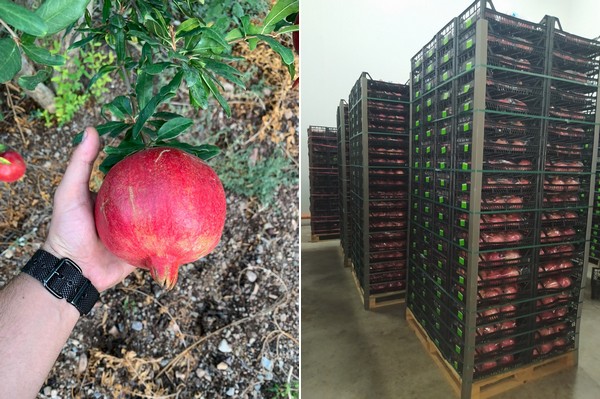 Although prices for pomegranates at the farms are higher due to the pandemic, the European importer will not see much of a difference thanks to the weaker Turkish lira. “The prices at farms increased because of Covid-19. Turkish buyers can expect a higher price this year. However, the Turkish lira has lost value against the Euro and USD currency, so European importers won’t see much difference. Still, we believe the Turkish pomegranate season can be a success, despite all these challenges. Although Covid-19 made things more difficult, it also increased the demand for fresh fruits, especially pomegranates, oranges, lemons and mandarins.” Kocar concludes.