The arrival of autumn heralds the start of the wild mushroom season, as this product has the ideal temperature and humidity requirements to grow in forests. The crop is also in great demand by the hospitality industry, currently affected in part of Europe by the second wave of the coronavirus. 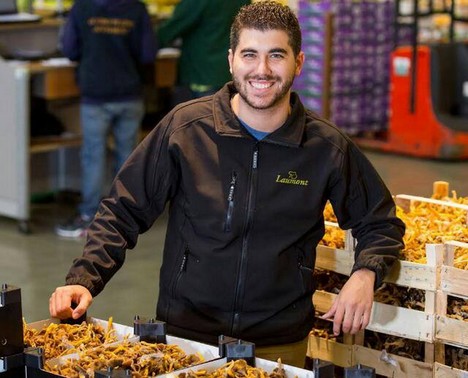 “We are in the middle of the campaign,” says Fernando Serra, Fresh Manager of the Laumont company, specialized for more than 40 years in the sale of mushrooms. "The season starts in early September, gaining momentum at the end of September or the beginning of October, and it continues non-stop until Christmas."

Despite the demand for wild mushrooms, this campaign has coincided with the expansion of the pandemic and the implementation of measures in different countries to curb infections, including the closure of the hospitality industry. “This situation is affecting us a lot. In Catalonia, in the second half of October, all the hotels have been closed, making it difficult to sell. The distributors are also closed or working at a very small scale,” says Serra. “Now we are doing more exports than ever, but in northern Europe the situation is the same. In the Netherlands, Belgium or Germany, as in Catalonia, the hospitality industry is closed and only take-aways are allowed, but selling a mushroom stew to take away is difficult.” 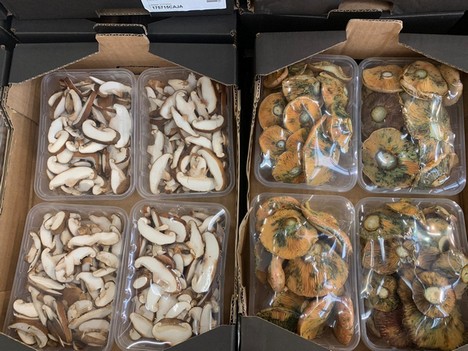 Wild and cultivated mushrooms on trays

However, even though the demand is lower, it is still there. “We have to open new channels with new clients; to develop new markets. It is also important to know what product each country demands in order to know where to ship the wild mushrooms. For example, the chanterelle is strongly demanded in Catalonia, the boletus is very popular in Italy and the lutescens is highly appreciated in France.”

The company, based in the municipality of Tàrrega, in Lleida, has a purchasing network that allows it to buy wild mushrooms directly from pickers in the various mycological areas of Spain, distributed across the center and north of the Iberian Peninsula. "Our priority is always to obtain wild mushrooms from Spain, but if the production is not large enough we turn to other parts of Europe, such as Bulgaria, Macedonia or Romania, where we have an International Purchasing Director who sends us the best products directly," says Serra. 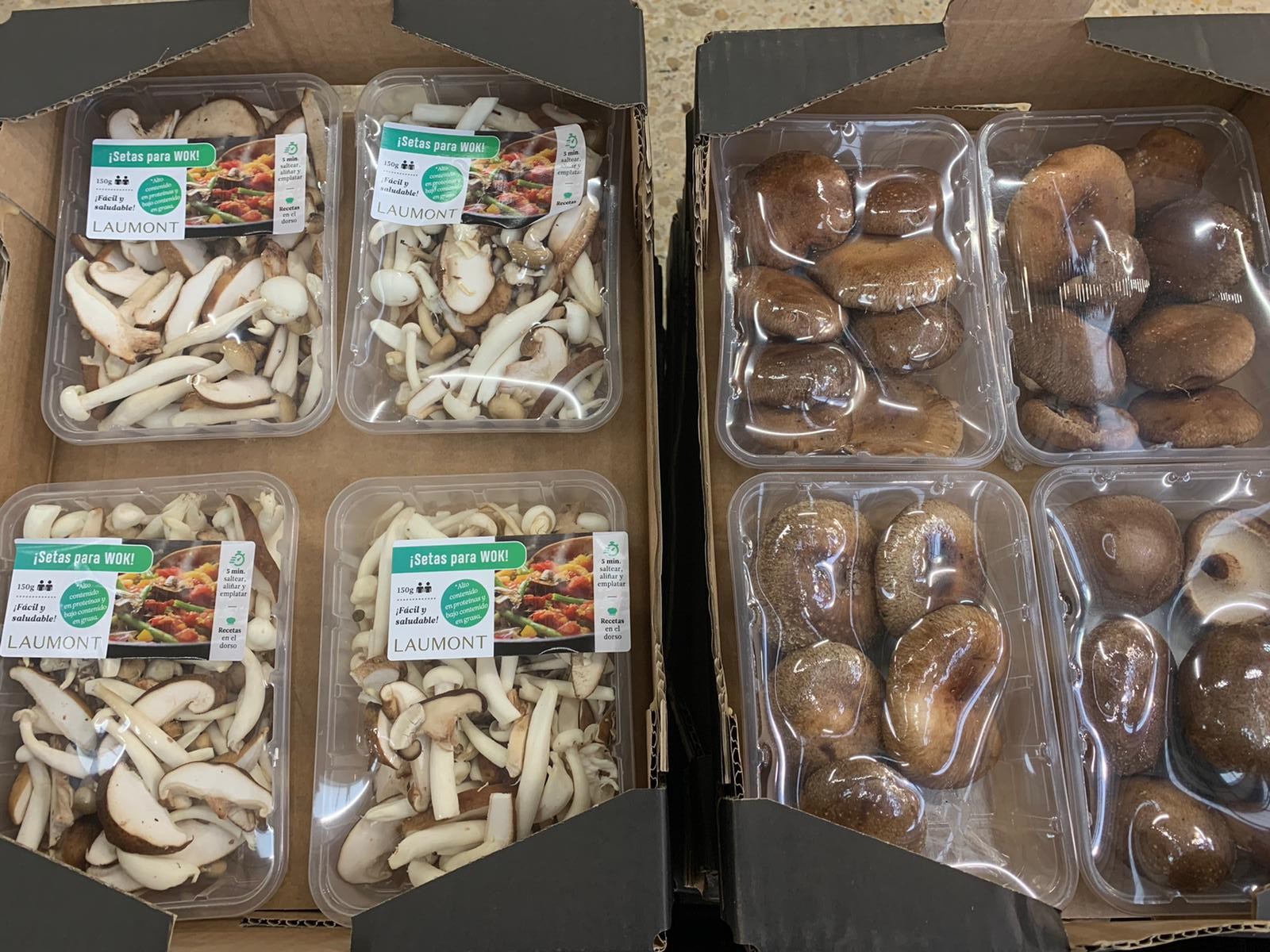 Wild and cultivated mushrooms on trays

Laumont sells fresh, frozen and dehydrated mushrooms, supplying processors, retailers and the hospitality industry. It also sells directly to individuals across Europe in less than 24 hours through the website www.laumont.shop. Exports have been increasing and Laumont is present in 35 international markets; however, Serra stresses that for the company, the domestic market remains its priority.

The company has experienced strong growth in recent years. “We closed the fiscal year on May 31, and despite the break we had due to the crisis, we grew compared to the previous year. Fortunately, we achieved good figures and we are still seeing an upward trend, although growth may be limited by the current situation,” says Serra. 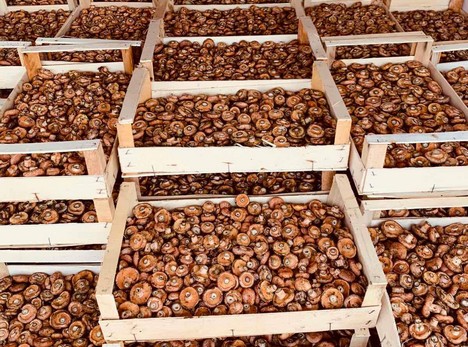 Imported mushrooms, purchased by its international purchasing director Gavrail and of which 3-4 vans are unloaded at Mercabarna every week

“Having continuity in the supply throughout the year has put us in a good position when it comes to sales in Spain, which is very important. During the break in spring there was a lot of competition from non-specialists which have now dropped out. That makes pickers more loyal to us," he says. "That is our strength, that we are fully and exclusively devoted to mushrooms, both when things are going well and when they are going badly," he says.

In addition to wild mushrooms, Laumont also markets different types of cultivated mushrooms. These products offer greater regularity. They are available all year round and the price and the demand remain relatively stable. Despite this, growth with these products is difficult for the company, given that producers supply large stores directly, and this market is already highly consolidated. 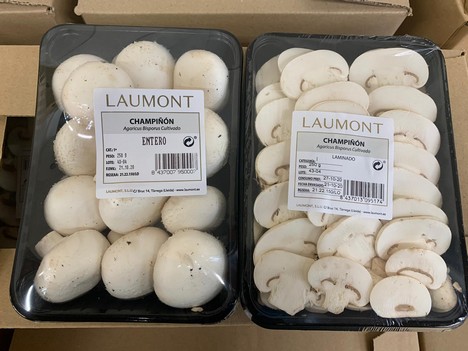 “It is very difficult to export in the cultivated mushroom segment, because each country has its own growers, but in the case of wild mushrooms, Spain is a very good position. That's where we are able to stand out the most,” says the company's manager. "After all, mushrooms are available in all stores, greengrocers and supermarkets, and at the moment, these are less affected by the second wave of the pandemic."

During the closure of the hospitality industry that happened in the first wave, large stores absorbed everything that was not being purchased by restaurants, according to Fernando. This made up for the drop in sales to other channels.