"Large grapefruits of Spanish origin are among the most sought after"

The citrus campaign is moving forward in Spain with the prospect of an increase in the volumes produced and a rise in the demand. However, the products mostly demanded by the hospitality industry have been affected by the industry's closure in part of Europe. 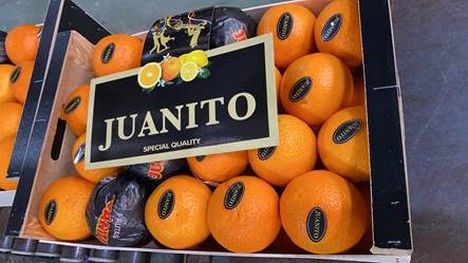 "This week, the sale of these fruits has slowed down a bit," says Juanjo Cárcel, from the Murcian company Frutas Juanito, based in Beniel, which is currently selling lemons, oranges, grapefruits and mandarins. “Right now, there are a lot of small-sized oranges, which are usually bought by restaurants to make juice, or by caterers for school menus, but many of them are closed. Only supermarkets, greengrocers and some restaurants are open, but this is not enough," he says.

He estimates the drop in sales at between 25% and 30%. “Restaurants usually buy a couple of boxes of lemons because it is a highly consumed product.  Since so many have closed, the impact it is causing us is remarkable," he says.

Small-sized lemons and grapefruits
The grapefruit market is currently marked by a shortage of the fruit of the most demanded sizes. “There are still almost no grapefruits coming from Florida. Moderate volumes from Mexico have reached Europe through the Netherlands, but these are of sizes 50 to 60, which are small. For its part, Turkey is already reaching the markets of the Eastern countries, but other countries, which normally receive fruit from Florida, larger sizes from Mexico or from Spain, are dealing with grapefruit shortages,” says Juanjo. "Large sizes of Spanish origin are among the most sought after," he stresses. 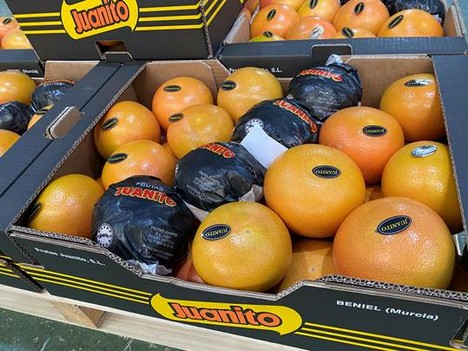 As for lemons, Juanjo says that a 15% higher production is expected compared to last year. “At the beginning of the season, given that there is more fruit on the trees, the lemons available are smaller. That is why we are now picking lemons only after they reach a given size, leaving the smaller ones unharvested so they can keep growing.”

Nevertheless, smaller sizes are also in demand in the retail. “Many supermarkets are asking us for small caliber lemons to market in kilo or half kilo meshes. Not only are they absorbing these volumes well, but there are several countries that actually ask for this type of fruit often.”

Frutas Juanito expects to market between 4,000 and 6,000 tons of lemons this season. These will be exported both to Europe and to different markets in North America and the Middle East. “Since this year's lemon production in Spain is greater than the last, it will be important not to export everything to Europe and to allocate some volumes to other countries, such as Canada, the United Arab Emirates or Saudi Arabia. If we don't export containers to these countries and leave everything in Europe, the price could drop, which would be a problem for us, as exporters, as well as for the growers.”

Regarding grapefruits, the company expects to market around 1,500-2,000 tons. Exports go mainly to Europe, although some volumes are also shipped to South America and the Middle East. 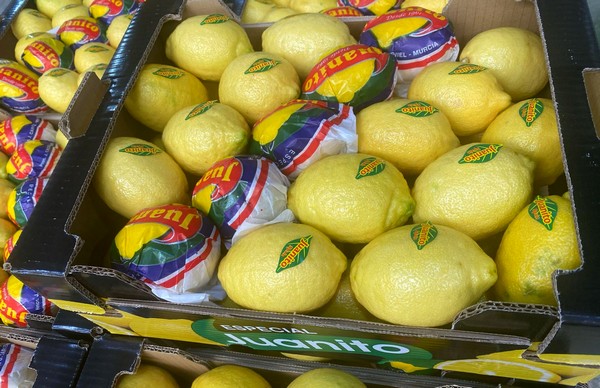 Along with Spain, Egypt and Turkey are also major players in the lemon market in the northern hemisphere. “For me, Poland is a perfect thermometer of the situation in Europe. When a Polish customer calls Spain to order something, it is because there is still not enough Turkish production. When Turkey starts, the orders from Spain stop, and they are resumed when their lemon season comes to a close,” he says.

Ailimpo's lemon promotional campaign
A couple of weeks ago, the "Welcome to the Lemon Age" campaign was launched by the Interprofessional Association of Lemon and Grapefruit (Ailimpo). This campaign is intended to promote the consumption of Spanish lemons in the European Union, the US and Canada, which should help give the sector a boost, according to Juanjo.

“It has been shown that lemons have a high content of vitamin C and that they contribute to strengthening the immune system; something which is very important, and more so now, with the current pandemic. Oranges may be replaced by mandarins, but lemons are an irreplaceable citrus fruit; there is no other like it,” he says. "It is very important to promote it in Europe, because lemon is a unique product," he says.