"We won't make it to summer with local Jonagold production"

Almost all of Belgium's fruit, bar some late varieties, has been harvested. They're now being refrigerated. "We're currently still picking Magic Star apples, and then the harvest is done," says Yves Wolfcarius of Wolfcarius Fruit. "This year's pears' yield and quality are very good. The trade is still pretty quiet. But regarding pricing, it's not dramatic. If nothing unexpected happens, I expect sales will progress normally." 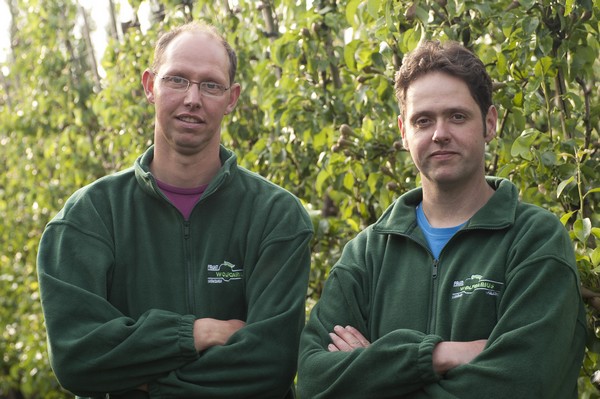 Yves Wolfcarius and his brother, Stephan

Jonagold
“Apples are a whole other story. "Jonagold's production and quality are very disappointing. That's due to a combination of factors. Last year, we had a top harvest, so we now have an off-year. Add spring frost, sun damage, and occasional hailstorms to that. The limited volumes mean prices are satisfactory. However, if yields are disappointing, the price is just a drop in the ocean. In Belgium, Boskoop apples have outperformed Jonagold. People are also optimistic about Gala, Granny, and Braeburn this year," says Yves.

Magic Star
When Yves considers his company, he sees Magic Star's share increasing. "This apple's doing very well, and we're delighted with it. The Magic Star apples haven't suffered as much damage as Jonagold. I estimate we've picked less than half the Jonagold apples this year. I think this apple's season in Belgium ended quite early. We won't make it to summer with domestic production." 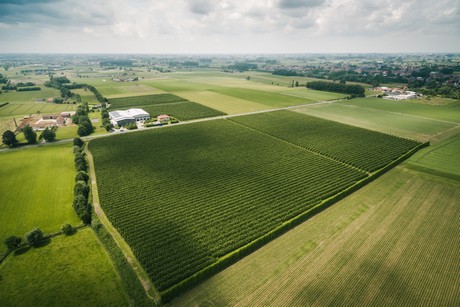 “Despite the coronavirus, I expect trade will be pretty normal," says Wolfcarius. "Even during the first wave, everything went pretty normal. That's excluding the first few weeks. There's no hoarding behavior during this lockdown, and schools will stay open. I think, as the fresh produce sector, we're doing well. People have to keep eating, regardless. Of course, some companies in our sector are also badly affected. These include the potato sector and the hospitality sector suppliers. But, generally, our sector's still getting off lightly."

Protocol
"We've worked out a good protocol for the entire horticultural sector. We did so with trade associations and unions and the authorities. It's to support the fruit sector companies in these uncertain times. They followed it well. If we consider the harvest and recent times, we can see there have been no major problems."

"Before the harvesting period, there was some uncertainty among growers. The migrant workers were, however, very motivated to come and work here. So, harvesting went well and was done safely. The good result is due to the people who worked proactively to get the protocol completed. They deserve a big pat on the back," concludes Yves.