As retailers move through the fall season, California’s fall exotics have come into production.

Supplies of Asian pears are ample out of San Joaquin Valley, CA. “We work with brown skin varieties and we have both in all sizes,” says Kellee Harris, Western Region Business Director of the Giumarra Companies, Los Angeles, CA. “They look beautiful. Asian pears are a nice piece of refreshing fall fruit.”

Volume is consistent with last year’s volume and shipping is underway until the end of November says Harris, adding that it is currently the promotional volume period in Giumarra’s shipping season.

Those who know the Asian pear, also called an apple pear, are consistent consumers of them says Harris. “There’s a window of time people look for them during fall,” says Harris. However, there is an increasing move towards offering some depth to that demand. “We have been developing promotional ideas for this product. Asian pears are one of those fruits on the exotic table that people who know it like it and know where to get it,” she says. “But we’re looking to heighten that profile to increase demand among all consumers.”

Part of that might be building on the appeal to younger shoppers such as millennials and Generation Z consumers. “In all exotic categories, we’re seeing an uptick with those shoppers,” says Giumarra’s Megan Gorgisheli. “They’re willing to experiment and are curious about new items. There’s opportunity there, and we’ve seen it with persimmons.” 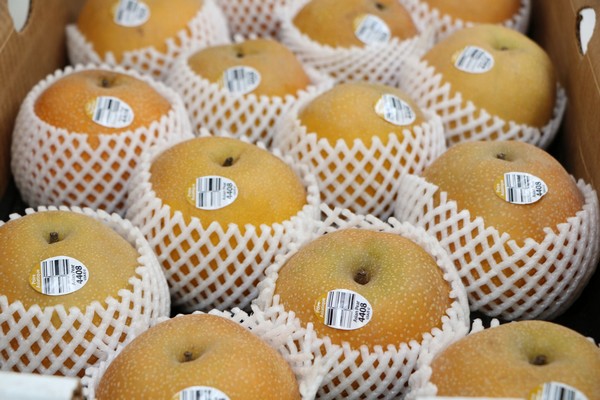 Persimmons
Currently, persimmon supplies are at consistent volume now. “The growing areas of our ranches are starting to come into full swing,” says Harris. “The fruit is large and we’re pleased with the sizing. Even though it is warmer than usual for this time of year, we are experiencing cool evenings to bring the color to perfection.”

The Fuyu variety will harvest through mid-to-late December while Hachiya, or the “baking persimmon,” has a shorter season. It started in mid-October and runs until mid-December. Meanwhile Giumarra’s exclusive Sugar & Spice™ persimmon begins this week for an approximately three-week run, wrapping up in early November. “Sugar & Spice is shaped like a Hachiya but eats like a Fuyu—so it’s ready to eat and crunchy like an apple,” says Harris. “It’s got high Brix and hints of cinnamon and vanilla flavors.” The fruit is primarily sold in a 2-lb. bag.

“Persimmon demand grows every year,” says Harris. She notes that last year, Giumarra launched a social media campaign around Fuyus which prompted more conversation on the consumer level. Point-of-sale materials were added, including a promotional #DoYouFuyu bin featuring a persimmon recipe printed on the side that consumers can take a picture of. “The bins created additional Fuyu awareness that wasn’t there before and helped lift sales,” says Harris. 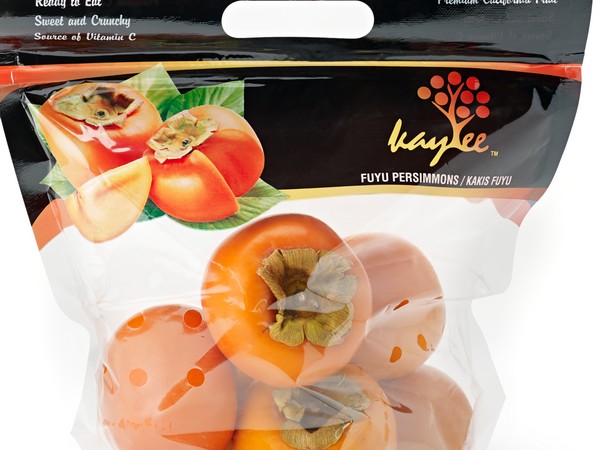 That said, other factors helping promote the fruit include bags, a form of packaging consumers are increasingly preferring this year thanks to the perception around fewer touches on bagged produce and COVID-19 prevention. While this is the fourth year Giumarra is offering bagged persimmons, this type of packaging had been offered before in largely ethnic markets where awareness around the fruit was higher.