Nacho Juárez: "We trust that there will be good citrus consumption"

The second degree cooperative Anecoop, one of the largest European citrus producers and the main producer of Rojo Brillante kakis, has recently started the campaign of these products, the most representative in terms of volume in the autumn and winter months. Nacho Juárez, head of the citrus department of Anecoop, and Carlos Nemesio, in charge of the kaki one, have analyzed the challenges ahead of the upcoming campaign, as well as the trends at the varietal level.

How do you foresee this year's citrus campaign, taking into account that production is recovering a little?

We think it's going to be an interesting season in which a recovery in the production is indeed expected, although only in the first months of the campaign. At the same time, we trust that there will continue to be good consumption in most markets.

Do you think that the demand for citrus will continue to rise?

We trust that consumption will be good overall, although we believe that it won't reach the figures achieved during the lockdowns in Europe.

How worrisome for you is the possible application of high tariffs on oranges and clementines in case of a hard Brexit?

It is worrying because it entails an attack on the EU production. In addition, there is increasing competition from outside the northern hemisphere, with a regular presence in the United Kingdom, which will benefit from this situation.

It seems that the sector is going for later varieties to avoid the overlap with the southern hemisphere at the beginning of the campaign. What has been the development of the production and marketing of the early Clemensoon variety since you started working with it? Can it compete head to head with the late varieties from overseas?

The Clemensoon is a variety that strives to and manages to satisfy consumers who appreciate good clementines. We believe that we already have a loyal market for it in France, Italy and Spain. 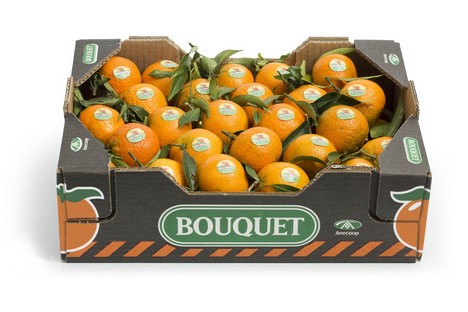 It is true that the competition with the overseas mandarins and early Satsumas is there. All Spanish early mandarins have been affected by the growth of southern hemisphere mandarins in Europe, but the more demanding the consumer is in terms of taste, the better for the sale of these varieties.

Do you plan to introduce new varieties?

Continuous varietal renewal is part of our strategy. We are gradually introducing the production of tarocco-type pigmented oranges, as well as other mandarin varieties. Soon we will also introduce new Navels.

What do you expect from your kaki campaign this year?

This year, the sector as a whole expects a lower production as a result of the weather, pests and the abandonment of crops. In Anecoop's case, with the incorporation in 2019 of a new partner, COAGRI (Alginet, Valencia), this decrease won't have as much of an impact and we expect to handle around the same volumes as last season, although we'll have to wait and see if there's any impact from pests, as that could change our forecast. 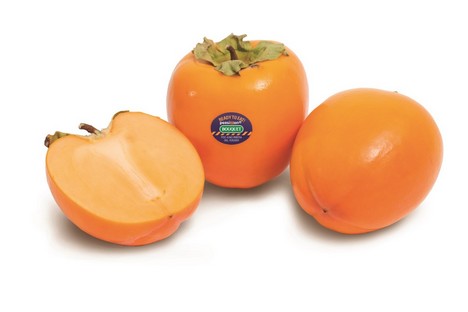 Regarding the markets, our prospects are optimistic. We hope that the general decline in the harvest, together with the fruit's excellent condition, with good sizes and an exceptional quality, will have a positive impact on prices.

How could prices be prevented from falling as they did last year?

We are facing a scenario that leads us to think that this campaign's results could be better than those of the previous one. In general terms, the key to preventing prices from falling is a good coordination of the supply, something that we have been working on at Anecoop's Persimon Group since its inception. This philosophy should be shared by the entire industry in order for it to be truly effective. In a year in which, due to the aforementioned circumstances, the supply is smaller and there is less competition, such a measure should be more effective.

Will investments be made to promote kaki consumption just like last year?

The investment will be similar to last year's. There is still a long way to go for kakis in Europe to reach the per capita consumption figures of other products, and for that, promotions are essential. In many countries, this fruit is not very well known at all. Together with the PDO Kaki Ribera del Xúquer, the quality seal for the Rojo Brillante variety, Anecoop is making a great investment in promotions in several countries, such as Germany, France, Spain, the United Kingdom, Canada, the United Arab Emirates and Saudi Arabia. These campaigns also have the support of the Government of Valencia, the European Union and the ICEX.

For its part, Anecoop will complete this promotional effort by carrying out complementary campaigns in Spain, Germany, France, Poland, Belarus, the Czech Republic, Serbia, Slovakia and Slovenia, with a significant number of actions on social media, TV and at the points of sale.

Do you think exports outside of Europe will continue, despite the coronavirus situation?

The markets are receptive and very active despite the pandemic. We don't believe that there will be another border closure, as from an economic point of view, Europe would not be able to cope with a similar situation to that of last spring.

Still, there is some uneasiness about the decisions that strategic countries may take for fruit and vegetable exports. Partial closures could occur in some countries and that would have an impact on consumption.